A new study has identified a key protein on the surface of the hepatitis C virus that interacts with a receptor found on human cells. 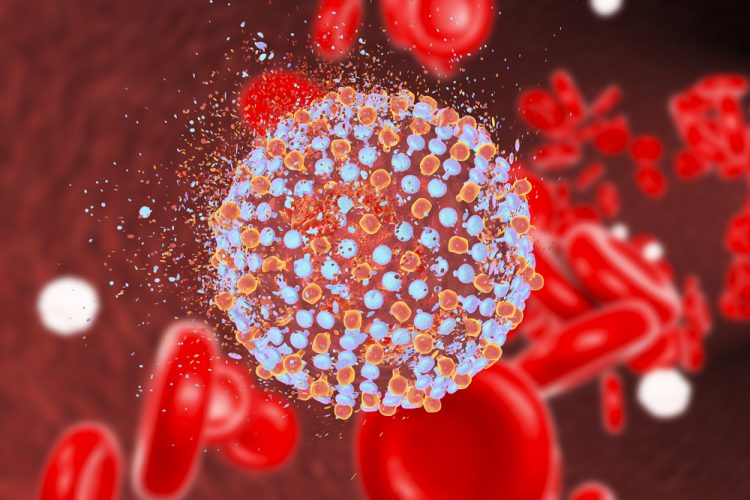 Researchers at the US National Institute of Allergy and Infectious Diseases (NIAID) have revealed the structure of a key protein on the surface of the hepatitis C virus (HCV) and how it interacts with its receptor found on some human cells. The team hope that the findings will provide new leads for developing an HCV vaccine.

HCV is usually transmitted via blood, such as during birth or when drug-injection equipment is shared. As HCV may not cause any symptoms for years after initial infection, infections often go undetected. Additionally, more than half of all people infected with HCV are thought to develop chronic infection. Although effective antiviral drugs are available to treat HCV infection, they are expensive and do not prevent reinfection.

The researchers from NIAID and other organisations therefore set out to uncover a new approach to treating hepatitis C. Prior research had shown that antibodies interfered with interactions between these two proteins. This suggested that the interaction between the protein HCV E2, which is found on the surface of the HCV and the receptor CD81, which is situated on the surface of human cells, allowed HCV to enter and infect human cells. However, exactly how this occurred was unknown.

The team determined the exact structure of HCV E2 and CD81 and studied how the two proteins interacted when exposed to each other under different conditions. They found that under acidic conditions, HCV E2 easily binds to the CD81 receptor. They discovered that once the interaction between virus and receptor begins, HCV E2 changes shape, facilitating its entrance into the cell by putting the virus in closer contact with the cell membrane.

According to the scientists, identifying these structures and the ways they interact with each other may provide the foundation for a vaccine against HCV, the researchers say. A vaccine potentially could cause a person to make specific antibodies that prevent HCV E2 from binding with CD81, stopping the virus from entering the cell, and preventing HCV infection.