Utilising aquaporins could be the key to repairing corneal defects 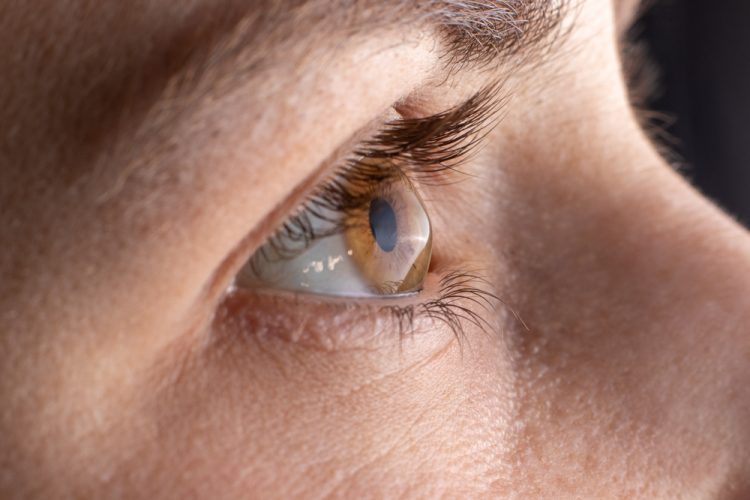 A new study conducted at Qingdao University, China, provides exciting evidence supporting the involvement of aquaporins in corneal cell proliferation and nerve regeneration and suggests aquaporin 5 (AQP5) induction as a potential therapy to accelerate the resurfacing of corneal defects. 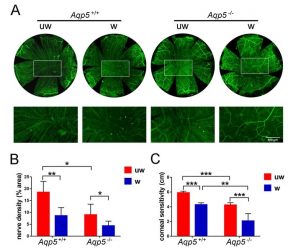 “As a member of aquaporin family, AQP5 is expressed in cornea, which is related to many eye diseases,” explained Peng Chen, lead investigator of the study, which was published in The American Journal Pathology. “If a corneal injury cannot heal in time, it may lead to pathogen invasion and result in corneal inflammation, turbidity, ulcer(ation) and even blindness. In previous studies, we found that AQP5 deficiency can cause corneal epithelial punctate defects.

“There is also increasing evidence that nerve growth factor (NGF) plays a key role in corneal wound healing. AQP5 deficiency can slow down the repair of corneal epithelial injury in mice, but its specific mechanism remained unclear. We hypothesised that AQP5 plays an important role in one or more stages of corneal epithelial regeneration and explored the specific mechanism of AQP5,” continued Chen.

The researchers generated an Aqp5 knockout (Aqp5-/-) mouse model and performed corneal wound healing on corneas from which epithelial cells had been scraped away. They used 75 male Aqp5+/+ mice and 189 male Aqp5-/- mice aged 10 to 12 weeks. Time to corneal epithelial and nerve regeneration was significantly delayed in the Aqp5-/- mice.

“It is exciting to find that Aqp5 deficiency can affect the nerve regeneration of mice by affecting the activation of NGF and Akt signalling pathways, which is not found in previous studies,” commented Chen. “These results need to be confirmed in a clinical setting, but they provide evidence for the involvement of aquaporins in cell proliferation and nerve regeneration and suggest AQP5 induction as a possible therapy to accelerate the resurfacing of corneal defects.”