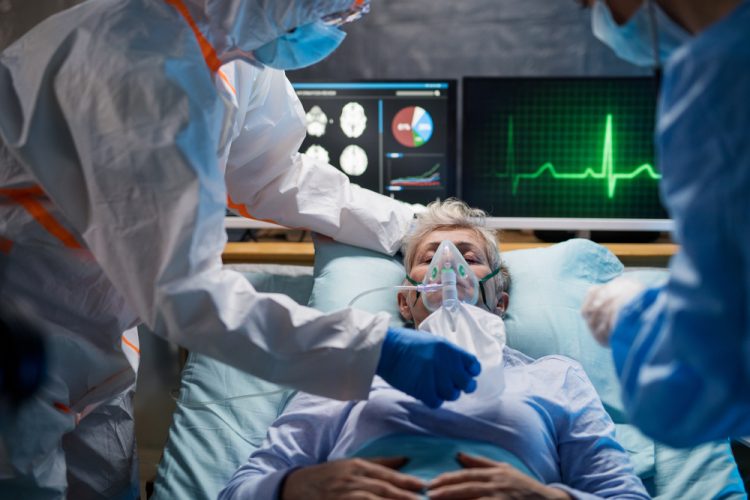 Researchers at the National Institutes of Health (NIH) have discovered a therapy that targets host cells rather than bacterial cells in treating bacterial pneumonia in rodents, involving macrophages and a group of compounds that are naturally produced in mice and humans called epoxyeicosatrienoic acids or EETs.

Pneumonia infection induces a protein called soluble epoxide hydrolase (sEH) that degrades EETs. In contrast, when sEH is blocked, EET levels skyrocket, hampering the macrophages’ ability to sense and eat bacteria. As a result, the bacteria continue to reproduce in the lung, which leads to severe lung infection and death.

At the other end of the spectrum, blocking EETs using a synthetic molecule called EEZE boosted the eating capacity of the macrophages, leading to reduced numbers of bacteria in the lungs of mice. The researchers saw the same result when they placed bacteria and macrophages harvested from lung and blood samples of human volunteers in test tubes.

“EEZE is safe and effective in mice, but scientists could develop similar compounds to give to humans,” concluded Dr Matthew Edin, co-lead author of the paper published in the Journal of Clinical Investigation. “These new molecules could be used in an inhaler or pill to promote bacterial killing and make the antibiotics more effective.”

However, National Institute of Environmental Health Sciences (NIEHS)’s Scientific Director Dr Darryl Zeldin emphasised that the involvement of EETs in the process of inflammation can be good or bad depending on the context.  “EETs can suppress the inflammatory response, which is good, but if they block it too much, they are going to make it so the macrophages cannot eat the bacteria, which is bad,” explained Zeldin.

Edin added that some researchers have tested sEH inhibitors in clinical trials to see if they could help with pain, chronic obstructive pulmonary disease, and high blood pressure. He cautioned that the scientists performing these studies consider the influence of sEH inhibitors on bacterial clearance.

“They should be careful and stop using them if the individual develops pneumonia,” said Edin. “Our study demonstrated that blocking sEH means EETs may hamstring macrophages, making a lung infection worse.”

Nonetheless, the researchers are positive that their findings will be beneficial for medical research on pneumonia. “Since our study utilised lung immune cells from healthy volunteers, we have confidence that our findings are relevant to human health,” co-author Dr Stavros Garantziotis stated.