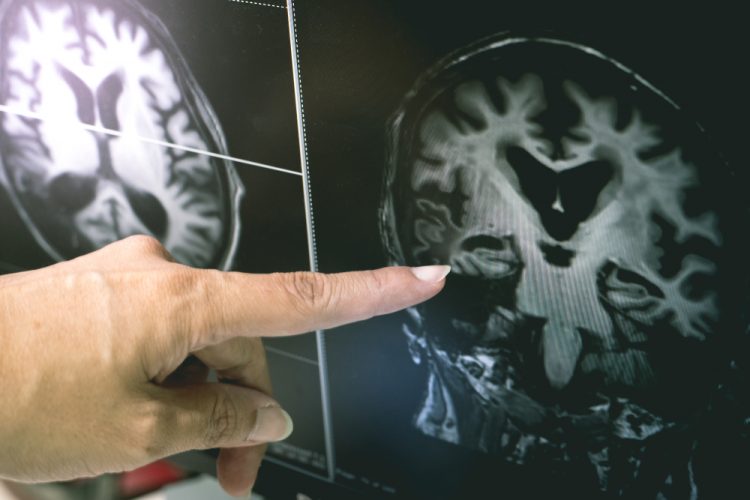 A team at the Niigata University, Japan, have revealed that the antihypertensive drug candesartan cilexetil reduced matrisomal protein accumulation and normalise vascular stiffness and cerebral blood flow in a mouse model of hereditary cerebral small vessel disease (CSVD). According to the researchers, this discovery opens up a promising new avenue for the treatment of age-related cerebral arteriopathy.

NEWS: ABI3 gene may be the key to new Alzheimer’s disease therapies

CARASIL (cerebral autosomal-recessive arteriopathy with subcortical infarcts and leukoencephalopathy) is a hereditary form of CSVD which is caused by dysfunction of HTRA1 (high temperature requirement A serine peptidase 1). It was initially reported as a recessive hereditary disease, but dominant traits have been reported in many recent cases. HTRA1 is also attracting attention as a risk gene for age-related CSVD.

The accumulation of matrisome proteins increased significantly with age. In addition, cerebral blood vessels became stiffer, and cerebral blood flow was reduced in HTRA1-deficient mice. The accumulated matrisome proteins included fibronectin, a central component of the matrisome and a known substrate of HTRA1. “This change in CARASIL may be related to the inadequate degradation of matrisomes due to HTRA1 dysfunction and the increase in matrisomes due to ageing” proposed Professor Osamu Onodera, 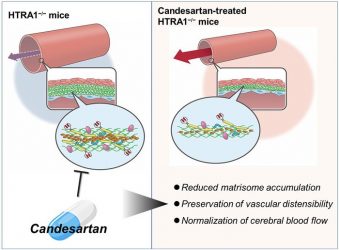 The researchers examined the effects of the antihypertensive drug candesartan cilexetil, which has been reported to inhibit the accumulation of fibronectin in other organs. The results, detailed in the Journal of Clinical Investigation, showed that candesartan treatment reduced matrisomal protein accumulation and normalised vascular stiffness and cerebral blood flow regardless of its antihypertensive effect.

“What we saw was remarkable. Even when HTRA1 was completely absent, 61 percent of the accumulated matrisomal proteins were suppressed. This effect is not accompanied by an increase in degrading enzymes or suppression of matrisome protein expression. We think it is important to clarify this mechanism in the future,” explained Dr Taisuke Kato.

“Matrisomes also accumulate in other hereditary and in age-related CSVDs. A protective strategy for cerebral blood vessels to prevent matrisome accumulation with inexpensive oral drugs could be a major change for age-related brain diseases,” concluded Onodera.