Targeted protein degradation: the next wave of therapeutics 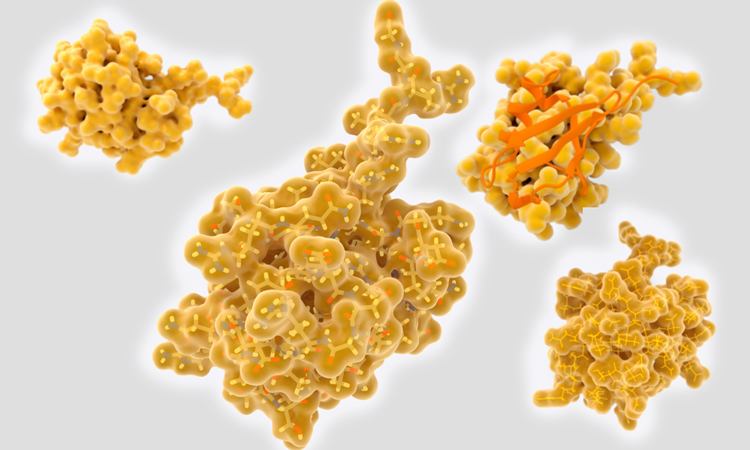 Ubiquitin is a small regulatory protein that acts as a ‘tag’ for the degradation process, signalling to the proteasome which proteins it should dispose of. Deregulated ubiquitination events are associated with immunological disorders and harnessing the ubiquitin-proteasome system (UPS) has allowed scientists to use this process to combat inflammatory diseases.

To discover how these small molecules work and find out about the research behind them, Drug Target Review’s Victoria Rees spoke with Dr Jared Gollob, Chief Medical Officer of Kymera Therapeutics, a company dedicated to developing first-in-class protein degrader therapies.

Gollob explained that normally, the UPS mechanism involves E3 ligases, of which there are over 400 different versions. Each E3 ligase has its own natural protein substrates and when a ligase identifies its target protein and binds to it, the protein is ubiquitinated. By putting a ubiquitin tag onto a protein, that protein is then labelled for recognition and degradation by the proteasome.

The process of targeted protein degradation involves exploiting the cell’s natural UPS process for degrading proteins that have reached the end of their lifespan. 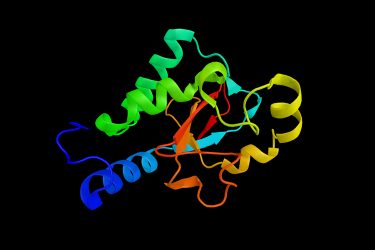 Gollob explained that if there is a disease-causing protein, it can potentially be degraded and downregulated using the UPS system. This works by bringing the target protein of interest together with an E3 ligase. In this instance, even if the protein is not the natural target of the E3 ligase, it will still be ubiquitinated and marked for degradation.

This is achieved using heterobifunctional small molecules, which Gollob emphasised are different from antibodies or oligonucleotides, where tissue distribution and/or cellular uptake is limited by size and other physicochemical properties. He explained that these heterobifunctional small molecules have the potential to greatly expand the druggable proteome by accessing new targets with a modality that is not restricted to just a few organs or to extracellular proteins.

Further expanding on the mode of action of these molecules, he said that one part of the small molecule binds to an E3 ligase of choice and the other to the protein target, which brings them together in a ternary complex and leads to ubiquitination and subsequent proteasomal degradation of the target protein.

How can this combat inflammation?

Gollob explained that the activation of toll-like receptors (TLRs) and interleukin-1 receptors (IL-1Rs) underlies the biology of multiple different inflammatory and autoimmune diseases. Signals through these receptors activate immune cells and cause them to make pro-inflammatory molecules, such as cytokines and chemokines, which then further activate the immune system.

Both pathways utilise a signalling complex called the myddosome, a central part of which is a protein called IRAK4. Therefore, Gollob explained that by targeting IRAK4, both TLR and IL-1R activation can be suppressed. “This can be achieved with a single small molecule,” he said. 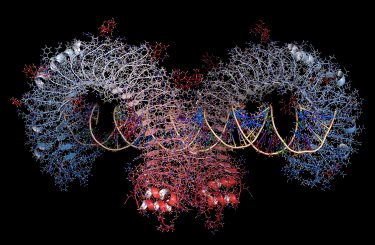 Gollob explained that there are already drugs aimed at inhibiting the kinase activity of IRAK4; however, by blocking its kinase activity, they only partially inhibit it, meaning it can still function and signal enough to activate immune cells. Therefore, to stop this from happening, “you have to get rid of the protein itself to block both its kinase and scaffolding function if you want to have a full, robust effect on IRAK4.”

Gollob commented that having developed an oral small molecule IRAK4 degrader, the hope from experimental evidence is that this is a more effective way of hitting the target and getting rid of IRAK4, which he hopes will have a “profound effect” on autoimmune or autoinflammatory diseases.

Challenges in the research

Discussing the challenges of their research, Gollob said that creating heterobifunctional small molecules that are both potent and highly selective can be chemically challenging as you only want to degrade the protein that you are interested in.

He explained that his researchers routinely test for this by treating cells with the degrader to check if they are targeting the right protein and, in the proteomic analyses they have conducted with over 10,000 proteins, only IRAK4 is degraded.

Another challenge that Gollob highlighted is ensuring the small molecules developed have drug-like properties. Guaranteeing that the molecule will have predictable pharmacokinetic and pharmacodynamic activity in multiple forms of administration is highly important.

However, he said that the chemistry of the IRAK4 degrader has been refined to ensure that it is optimised for these purposes, to develop it into an oral drug that can be administered once a day. 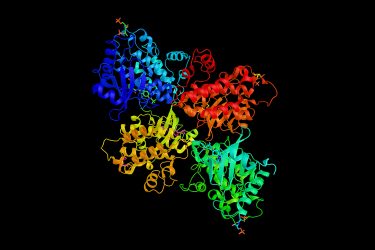 According to Gollob, there are many different inflammatory and autoimmune diseases that can potentially be treated with an IRAK4 degrader. However, the first condition that the researchers are investigating is an inflammatory skin disease called hidradenitis suppurativa, which is driven through the activation of TLRs and IL-1Rs. This lead molecule is projected to be in the clinic by the end of this year or early next year for an initial study in healthy volunteers.

Gollob highlighted that the IRAK4 degrader potently downregulates IRAK4 in vivo, appears to be “very well tolerated” in animals so far and predicts that it has the potential to be a “transformative medicine.”

“It is important to view these initial entries into the clinic, with this novel platform, as the beginning of what could be a whole new wave of drug development efforts,” said Gollob. He emphasised that, if successful, an IRAK4 degrader would provide the first proof-of-concept for heterobifunctional small molecule targeted protein degradation in the treatment of inflammatory and autoimmune diseases.