Drug Target Review explores the findings of a recent review of molecular, cellular, multi-cellular and tissue engineering and modelling technologies for drug design. 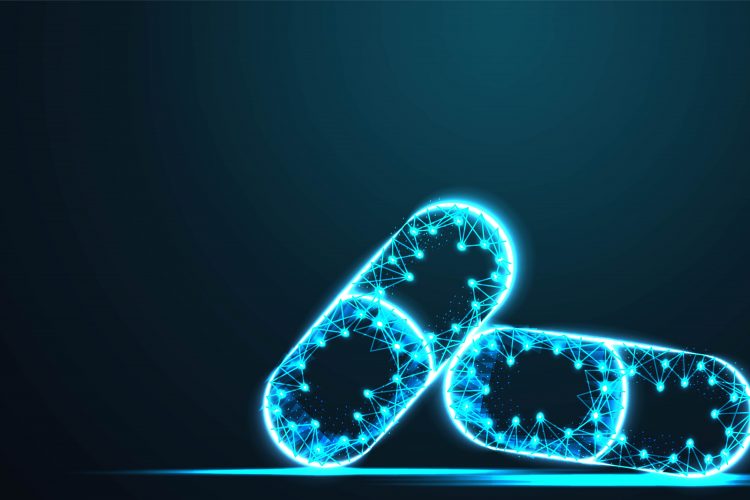 Tissue engineering can aid in the improvement of drug discovery and design, with advancements accelerating drug development and target discoveries.

A recent review published in APL Bioengineering highlighted advancements in molecular, cellular, multi-cellular and tissue engineering and modelling technologies, exploring where these tools are currently and where future developments could take us in the next decade.

Molecular engineering techniques are generally used to create sensors that allow researchers to explore the signals, behaviour and assembly of cells in tissues and cultures. The review reveals that the growing understanding of modelling molecular sensing and cell signalling has had two primary focuses: intrinsically disordered proteins (IDPs) and synthetic proteins.

IDPs are a growing field in bioengineering and studies have revealed that they may modulate cell phase transitions; the changes in the organisation of cytoplasm and construction of membrane-less compartments that allow a cell to divide unequally if the daughter cells are due to have different fates. New technologies, such as biosensors based on fluorescence resonance energy transfer (FRET), have allowed scientists to show how IDPs cause focal adhesions and other protein effects within cells.

In order to provide greater understanding of proteins like IDPs and their role within the cell, the review suggests the creation of simultaneous monitoring of multiple signalling molecules and the development of non-invasive biophysical controls. One method that has already been developed is light-controlled droplet assemblies, which can be used to show how the cellular structures and molecular assemblies are put together and function. A further suggestion is that the integration of computer algorithms and deep learning techniques with high-throughput screening (HTS) would enable relatively rapid characterisation of large numbers of protein mutants, allowing researchers to quickly identify how mutant cells signal differently and pinpoint possible drug targets.

The uses of protein engineering have been expanding for a long time, whether using whole peptides and proteins or single domains and binding motifs. Fully bioengineered proteins and smaller binding motifs are particularly useful as biosensors for cellular imaging and for studying protein-protein interactions, giving insight into how cells function in health and disease and implicating various proteins along the way. Integrating these systems with HTS enables protein tracking within living cells and the creation of libraries of the various constructions. Furthermore, antibodies, their fragments and other products, are increasingly being used in therapeutics.

According to the review, computational analyses and algorithms are currently driving developments in the protein engineering field and further advances have enabled proteins designed in the digital world to be created physically. The review indicates that these methodologies will be at the forefront of drug targeting and drug design in the future. 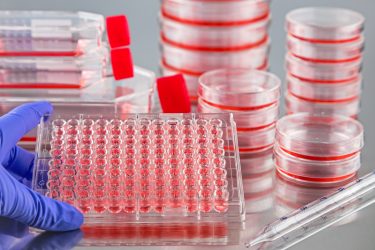 In order to move from simpler single-cell models to larger multi-cellular structures scientists need to explore both the intra- and extracellular environment, especially the extracellular matrix (ECM) or niche. Researchers are continuing to establish the full role of the ECM in informing tissue structure and behaviour and have so far implicated its stiffness, porosity, degradability and composition as essential to both healthy and disease states.

The review suggests that some of the largest developments to come in the next decade may be in differently engineered niches able to control organoid development. The authors indicate that as niche environments for ex vivo models more accurately represent the in vitro ones, models of disease development will improve.

Aside from the chemical composition of the ECM, scientists are further developing the physical nature of their niches; a focus has been on how to establish viscoelasticity and viscoplasticity in the environments that cells are grown.

Viscoelasticity is the ability of a material, such as the matrix, to deform in response to pressure. For example, how your skin moves when you pinch it and then returns to the original shape once the pressure is removed or remains deformed if the pressure is not removed. Whether an ECM is elastic or not has implications for the cells around it, which can sense changes to shape and other physical properties through integrin clusters and cytoskeletal tension.

Irreversible deformations are known as viscoplastic if they remain that way even after the pressure causing the initial change is removed. Vascoplasticity is therefore the extent to which a tissue will permanently deform in response to a physical stimulus-like pressure. The plasticity of the ECM is known to dictate how cells, especially cancer cells, migrate. The suggestion is that the more plastic a matrix is, ie, the more likely it is to permanently deform, the less confined cells are and the more likely they are to migrate. Exploration of this property could therefore be essential in finding future anti-metastasis or anti-cancer drugs. 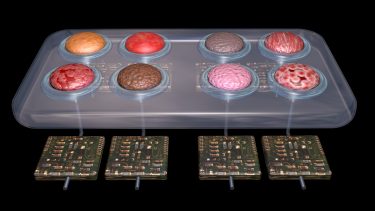 Organs-on-a-chip is a growing field of models. Frequently built from a specific patient’s tissue, they are advantageous over other multi-cellular models, such as animals, as they both recapitulate human biology and in vivo organ function. As multiple organs are now being loaded onto single chips, their possibilities for assessing drug toxicity and mechanisms of action are becoming more apparent.

In order to produce organs-on-a-chip, scientists engineer human cells from biopsies to act as stem cells. Organoids are then grown from these stem cells in isolated growth mediums to create structures that reproduce the function of the human organ. Once organoids are formed, they can be introduced and connected to obtain an organ system.

Scientists hope in the future they will be able to create a universal medium to support the growth of various types of organoids, so they can be cultured together rather than separately. According to the review, a suggested method is to have an inner loop of mock ‘blood vessels’ within the tissues to supply each with its own specialised culture medium and then to have an outer loop connecting the organs together.

Again, the ECM is vital in the formation of tissues; therefore, the development of specialised biomaterials and bioprinting technologies are cited by the review as important drivers of growth in this field. Bioprinting using specialised bio-inks has already been used to create vascular structures in living tissues and could be further investigated to enable researchers to grow full-sized organs as models for R&D or for regenerative medicine in future.

Primarily, computers are used to create simulations which can be used for drug design. Many of the platforms provide genome-wide data for single cells and have even been advanced to whole-cell simulations of host-pathogen interactions. A major limitation of these simulations, especially cell-based ones, has been that there is a lack of experimental data to set them up. However, this is changing in the context of HTS and other live-cell imaging techniques.

…the capabilities of artificial intelligence, computational algorithms and simulations mean drug design can be more specific, with less off-target effects”

According to the review, one of the most influential developments in single-cell profiling will be the creation of cell typing tools, which are able to recognise cells based on an RNA sequence (RNA-seq) dataset, even when it is based on information gathered from a different species. One such example  was recently developed by Cahan Laboratories. The tool opens the possibility of using the large amount of accumulated data stored in murine cell atlases to study human cells. The review suggests these tools could also be leveraged as a functional readout of the molecular state of tumour-associated macrophages.

Another development in single-cell profiling analytics is the creation of ‘trajectory inference algorithms’. These are able to predict how far along a process (eg, differentiation, cell division or circadian rhythm) a cell is and are being used to study cell fate decisions and identify associated regulators as drug targets. According to the review, a novel use has recently been revealed where algorithms could predict the transcriptional state of cells in order to ascertain which genes or proteins are being expressed and how they are implicated in disease. More developments in this area have enabled computer models to use RNA-seq data to ascertain the transcription state of in situ cells.

Computer simulations can also predict ligand-receptor interactions. These can be used to offer insight about possible drug targets and their binding properties, as well as testing possible drug candidates and designs in silico.

Whether at the molecular, cellular or multi-cellular level, bioengineering is advancing drug design. Developments in this fields and the capabilities of artificial intelligence and computational algorithms and simulations mean drug design can be more specific, with less off-target effects and the data collected in animal model experimentation is more easily translatable to human drug design. Furthermore, these developments enable researchers to see how cells signal, interact, differentiate or otherwise respond in health and disease states, identifying possible drug targets along the way.