Could metabo-oncology be the treatment modality of the future?

Jim Shanahan from SynDevRx explains why metabo-oncology treatment modalities could be the answer to a rise in metabolic disorders and cancers. 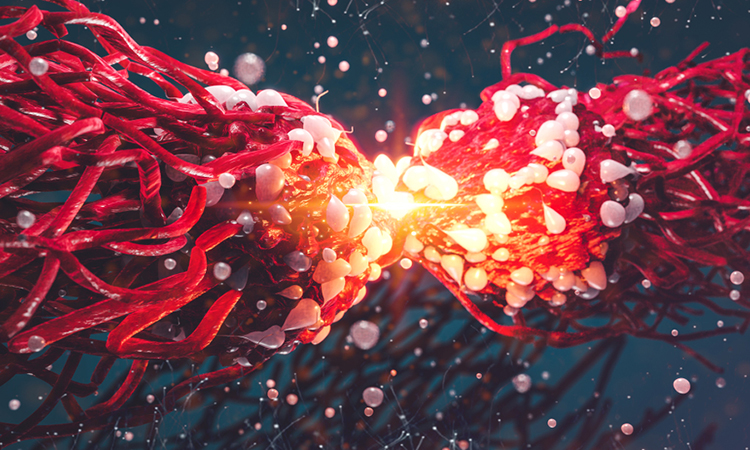 The global pandemic of metabolic disorders such as obesity and diabetes combined with an ageing population is leading to an upcoming tsunami of cancers, according to Jim Shanahan, Co-Founder, Vice President of Business Development and Director of SynDevRx.

Some cancers, such as breast, colon, liver, prostate and certain parts of lung, are sensitive to dysregulated metabolic hormones. In an interview with Drug Target Review’s Victoria Rees, Shanahan highlighted that metabolic hormone signalling pathways could be exploited to treat these cancers, including with SynDevRx’s lead molecule, SDX-7320.

The link between cancer and metabolic hormone dysfunction

Shanahan began by explaining that the metabolic hormones insulin, leptin and adiponectin are the three primary signalling molecules that work through well understood cancer signalling pathways. Insulin primarily signals through the PI3K/AKT/mTOR pathway, leptin through the MAPK and JAK2-STAT3 pathways, while adiponectin is an agonist of the cyclic adenosine monophosphate pathway (cAMP) and protects against the phosphorylation and activation of notch signalling.

While these pathways have been thoroughly researched and described in many peer-reviewed research papers, Shanahan emphasised that how these externalities affect cancer growth and outcomes have been underappreciated.

“Cancer looks for external signals that indicate there is sufficient energy for the cell to replicate. That is where the PI3K/AKT/mTOR pathway, the JAK-STAT pathway and other pathways come in,” he said, as aberrant signalling by dysregulated hormones stimulates these pathways. 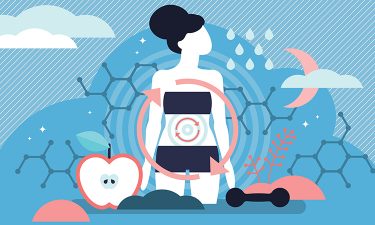 Having developed a lead molecule to fulfil this unmet need for oncology and metabolic disorders, Shanahan explained that SDX-7320 is in the fumagillin class of methionine aminopeptidase 2 (MetAP2) inhibitors. He explained that fumagillin is a naturally occurring biomass from the fungus named Aspergillus fumigatus Fresenius.

This was discovered by accident in the lab of Dr Judah Folkman in the mid-1980s – a researcher named Dr Don Ingber had a contamination in one of his angiogenesis experiments that lead to the discovery. When he returned to the lab after the weekend, he found that there was a part of the dish that was clear of blood vessels. He was then able to isolate fumagillin and realised this could be a potential drug.

Working with Takeda in the 1990s, they developed a drug called TNP-470 that went into the clinic as an anticancer agent and demonstrated promising antitumour efficacy. However, while this drug was successful against late-stage tumours across a variety of different solid tumour types, it crossed the blood-brain barrier and induced central neural toxicity.

After several years, Takeda returned the technology to Dr Folkman’s lab and the researchers investigated how to change its physical characteristics while maintaining its activity. One strategy they explored was conjugating the drug to a high molecular weight polymer backbone. By attaching TNP-470 to a polymer, the researchers developed a molecule called caplostatin.

Shanahan said that around this time, SynDevRx were exploring ways to improve the risk associated with drug development. Their aim was to identify drug classes that had been explored clinically and had proven human activity but had side effects that could be addressed.

Meeting with Dr Folkman, they began to work on the molecule. Shanahan said that SynDevRx brought in a polymer chemist and spent several years developing a new compound that is their current lead molecule.

While the discovery of fumagillin and its potent antiangiogenic effects were reported in the early 1990s, Shanahan said that its mechanism of action was not elucidated until the late 1990s by researchers at MIT. He explained that this fumagillin drug class inhibits the metalloprotease class enzyme MetAP2, also known as protein 67 (p67), referring to its molecular weight.

Shanahan explained that there are two known methionine aminopeptidase isoforms, identified as MetAP1 and MetAP2. Both carry out code translational functions, meaning the enzymes sit on the ribosome and cleave the initiator methionine concurrent with protein synthesis and in preparation for post-translation modifications.

The fumagillin drug class inhibits methionine aminopeptidase activity. When it is administered, it binds irreversibly to the histidine 231 pocket of MetAP2 and prevents the removal of methionine. “Where MetAP1 will remove methionine for most other molecules, the exclusive MetAP2 substrates do not undergo the removal of their methionine; this has some interesting downstream effects,” said Shanahan. 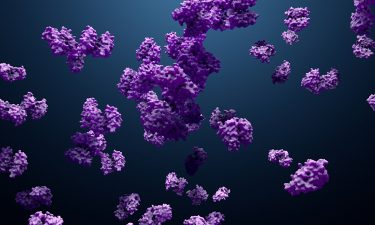 By inhibiting MetAP2, the methionine on these proteins is retained and therefore post-translational modifications that would add different fatty acids do not occur. The proteins do not fold properly, causing some to be ubiquitinated, while others are relocated to a different part of the cytosol because of changes to their solubility. Shanahan explained that these cause a cascade effect and have a downstream impact, including on the metabolic hormone signalling pathways.

“By inhibiting MetAP2, you affect these six proteins – then by impacting these six proteins, you get this pleiotropic set of effects, from very potent antiangiogenic effects, to changes to the cell signalling, to really potent effects on metabolic and lipid processing,” said Shanahan.

“We see this as a prime modality for treatment in combination with other modalities,” highlighted Shanahan. He said that the researchers have so far completed Phase I clinical trials in solid tumours, which included a dose escalation to determine the maximum tolerated dose and schedule for Phase II and subsequent clinical phases.

“We have demonstrated pre-clinically that by coming at the tumours with a multimodal attack, we can have a profound effect. Over the last five to 10 years, it has now been demonstrated through the immune system that external factors have a large impact on the fate of the cancer and the patient.” With the increase in obesity and diabetes and rise of tumours sensitive to systemic metabolic dysfunction, Shanahan said that the focus on metabo-oncology as a new and complimentary treatment modality could be critical to the improvements in patient outcomes.