Representing a breakthrough in better understanding how tau proteins cause neurodegenerative disease, scientists have mapped the tau interactome. 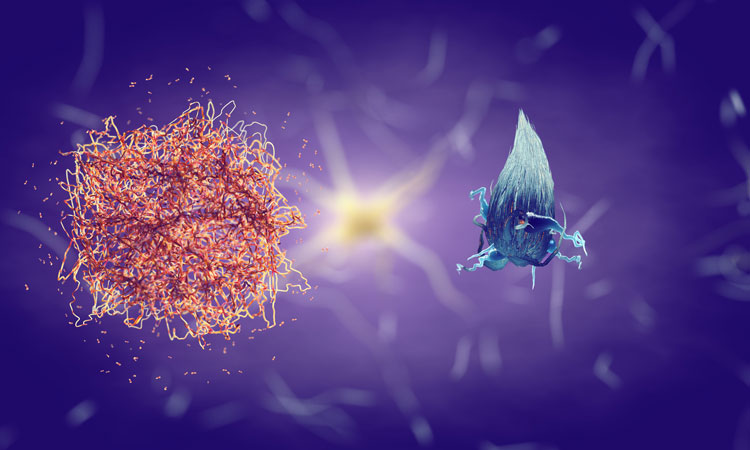 The tau protein is predominantly found in brain cells (neurons). Among tau’s multiple functions in healthy brain cells, a key one is stabilisation of the internal microtubules to which it binds.

Despite this obvious key role of tau in such disorders, the precise mechanisms that cause it and the machinery involved has thus far eluded our understanding. However, in a recent paper, scientists from the Buck Institute for Research on Aging explain that they have developed a dynamic map of the tau interactome – a first in this research area.

According to Buck Institute assistant professor Tara Tracy, PhD, lead author of the paper, “The methods used in this paper provide an unprecedented dynamic map of the tau interactome to shed light on the interactions that occur during tau secretion and on tau’s role in neuronal function and disease.”

Developed using cutting-edge proteomics, this map of the tau interactome affords more precise images of how tau interacts with proteins on the outside, rather than inside, of synaptic vesicles – which Tracy noted as surprising.

“Showing a potential mechanism for how tau gets released can inform future studies into how we can prevent diseased tau from getting out of neurons and spreading throughout the brain,” said Tracy

Tauopathies encompass several clinical-pathological entities including Alzheimer’s disease, progressive supranuclear palsy, Pick’s disease, chronic traumatic encephalopathy, frontotemporal dementia (FTD), corticobasal degeneration, and post-encephalitic parkinsonism.  “Millions of people worldwide are currently living with the burden of tauopathy-associated neurological diseases,” said Tracy. “This provides an urgency to those of us working to develop treatments for these diseases. It is our hope that this paper helps move the field forward in a major way.”

This research paper was published in Cell.