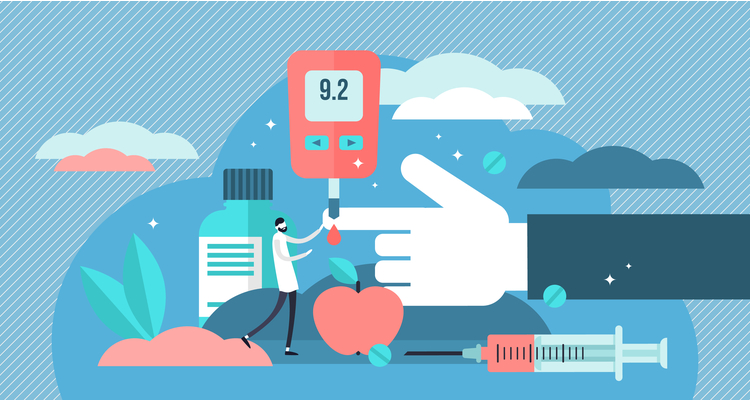 A recent study by researchers at Boston Children’s Hospital, US and the University of Milan, Italy has identified a cellular pathway that causes insulin-producing cells to die, which is the cause of type 1 diabetes.

Using three different mouse models of diabetes, the researchers found insulin production could be restored if the pathway was blocked either genetically or with an antibody. Similar results were found in human cells, and those with diabetes. Therefore, the researchers hope to develop a treatment to block this pathway to treat type 1 diabetes.

The study, published in Nature Communications, showed the pathway contains a “death receptor” on insulin-producing beta cells (TMEM219). When the insulin-like growth factor binding protein 3 (IGFBP3) interacts and binds with this receptor, it causes the beta cells to die through apoptosis. The researchers also studied different groups of people with diabetes and found an increased level of IBFBP3 in their blood.

“We believe this might be a natural mechanism to keep the beta cell population under control,” said Dr Paolo Fiorina, lead researcher on the study from Boston Children’s Hospital. “We think that in disease, IGFBP3 production may be increased, so there is a loss of beta cells.”

In order to block the pathway, the researchers used several approaches in mice: blocking IGFBP3, deleting the TMEM219 receptor gene, or using a recombinant protein based on part of TMEM219. Each method was able to preserve beta cells, increase insulin production and delay or prevent diabetes. Furthermore, when the pathway was blocked for an extended period, beta cell populations expanded.

The team also studied human pancreatic islets, where beta cells reside. When exposed to IGFBP3, they had a higher rate of apoptosis. However, when the IGFBP3/TMEM219 pathway was blocked, the beta cells were protected and continued producing insulin.

According to the researchers, first-in-human tests of an antibody treatment to block this pathway could begin as soon as September 2022 in Europe.