A scientist at the University of Houston receives a $2 million grant to innovate computer-aided drug discovery for breast cancer.

Gül Zerze, assistant professor at the University of Houston, US, is one of 12 researchers to receive a $2 million grant from the Cancer Prevention and Research Institute of Texas, US. With the grant, Zerze is setting up a laboratory to develop therapeutics that will focus on traditionally undruggable targets in cancer, specifically breast cancer.

“Computational and data science methodologies offer a promising avenue to fill in this gap to enable developing drugs against these traditionally undruggable targets,” said Zerze, whose methodology will include rapid screening. 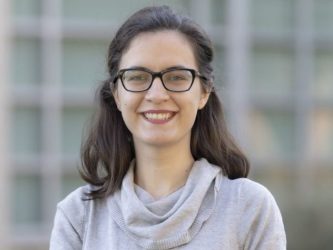 While there has been significant progress in cancer treatment over the past two decades, many cancer targets have yet to be drugged. Among promising therapeutics are transcription factors (TFs), which are proteins involved in converting (or transcribing) DNA into RNA. TFs contain large amounts of disordered proteins, which participate in transcriptional condensates that form via liquid-like phase separation (LLPS).

“Transcriptional condensates are shown to be aberrant in tumour cells, but the progress to develop drugs against TFs that participate in LLPS has been limited by the extremely dynamic nature of activation domains of TFs. We are developing a computational platform that will enable discovering drugs against these aberrant condensates by systematically interrogating the way transcription factors form, through the liquid-like phase separation of intrinsically disordered regions,” explained Zerze.

The CPRIT project hopes to promote commercialisation in Texas and founding companies to contribute to the local economy.