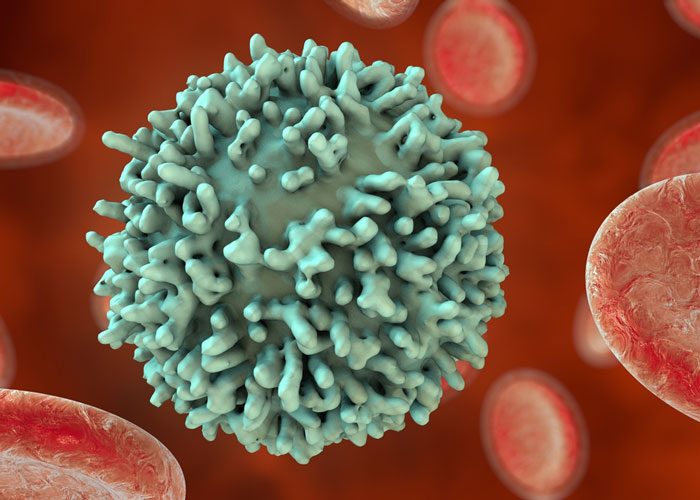 In a multi-institutional collaborative study, scientists, have identified the role of tumour-infiltrating or tumour-associated B-cells (“TABs”) in melanoma progression and resistance to targeted therapy.

This study provides a molecular mechanism that governs the cross-talk between TABs and tumour cells as well as a potential new therapeutic strategy for combating tumours resistant to treatment.

Advanced melanoma is very difficult to treat because even after initially successful treatment, tumours eventually become resistant to conventional and targeted therapies. It is well established that the tumour microenvironment, or the complex of stroma-derived cells and immune cells surrounding cancer cells, plays a role in melanoma progression and therapy resistance.

These study results describe how TABs, which account for up to one-third of all immune cells that infiltrate the tumour, can promote tumour heterogeneity and cancer stem cell-like populations that are associated with drug resistance. In immunity against infections, B-cells and their progeny, the plasma cells, produce antibodies that can eliminate the disease.

Antibodies can also be produced against cancer cells but are rarely effective to eradicate the cancer.

Dr Herlyn, Rajasekharan Somasundaram, Research Assistant Professor of the Molecular and Cellular Oncogenesis Program at Wistar, Dr Stephan N. Wagner, from the Medical University of Vienna, and colleagues used a co-culture system of melanoma cells and B-cells to evaluate the reciprocal effect of the interaction between these two cell types.

By using this approach, they could identify those inflammatory factors produced by B-cells and melanoma cells that were relevant for the interaction and can be used as potential targets for novel therapy.

The researchers also analysed tissue samples from melanoma patients and confirmed the prevalence of TABs in advanced, therapy-resistant tumours tissues.

Importantly, the study also included a pilot multicentre clinical trial to evaluate the therapeutic potential of B-cell depletion in therapy-resistant advanced melanoma patients using a monoclonal antibody that specifically binds to CD20, a molecule present on the surface of these cells, thereby causing their death.

“Our results describe a novel mechanism of drug resistance in melanoma induced by tumour-infiltrating B-cells,” said Somasundaram, first and one of the corresponding authors of the paper. “This study also provides a clinical basis for developing a novel therapeutic approach for advanced melanoma based on targeting tumour infiltrating B-cells.”