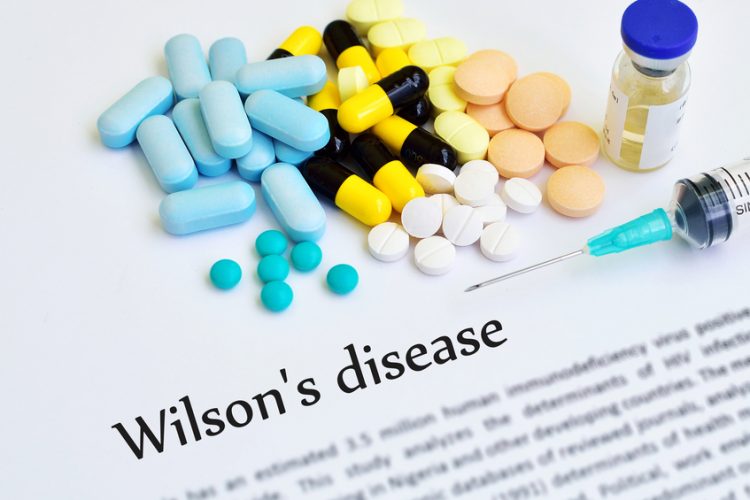 Researchers have conducted promising preclinical experiments on a compound that could be used to treat Wilson’s disease and possibly other disorders — including certain types of cancer — in which levels of copper in the body are elevated, causing or contributing to pathology.

Wilson’s disease, affecting 1 in 30,000 people, is a severe inherited disorder that leads to profound liver and neurological damage. It is caused by mutations in a gene called ATP7B that encodes an enzyme critical in the excretion of excess copper from cells and organs.

Copper, like many other metals, is obtained mainly through the diet. Although essential in bodily function, it can be toxic when it accumulates. Normally, amounts of copper are precisely regulated both at the cellular level and in the body as a whole. In Wilson’s patients, abnormal copper buildup begins in the liver, the organ that collects the metal from the gut and distributes it to other tissues via the bloodstream.

Copper toxicity can lead to liver enlargement, hepatitis, cirrhosis and even liver failure, necessitating a transplant. As the disease progresses, it can also affect the brain, with symptoms that include speech defects, cognitive impairment, psychiatric disorders, tremors, dystonia and Parkinsonian symptoms. Although Wilson’s disease can’t be controlled by switching to a low-copper diet, it is often manageable with drugs when treated early.

“Unfortunately, Wilson’s disease may be hard to diagnose because its early symptoms are shared by other ailments, and so it is often not treated promptly,” says CSHL Professor Nicholas Tonks, who, with Dr Navasona Krishnan, formerly of his lab, led the research. “Moreover, currently used treatments, involving ‘de-coppering’ agents, have side effects and lately have become very expensive.”

The team’s new research confirms that DPM-1001, a small molecule, robustly reduces copper levels in cells grown in culture that were sampled from Wilson’s disease patients, as well as systemically in a mouse model of Wilson’s disease. It acts as a chelator – a compound that interacts with a metal to facilitate its natural removal.

The team showed that DPM-1001 is orally available — it could be taken as a pill — and is “exquisitely specific” for copper. Current de-coppering agents tend to affect levels of other metals in addition to copper – an undesirable feature in a drug for an illness like Wilson’s. Such drugs would likely be taken for extended times, and the binding of metals other than copper may contribute to unwanted side effects.

In a mouse model of Wilson’s disease, DPM-1001 ameliorated associated liver complications including enlarged cell size, irregular shape and arrangement in liver tissue. This was accompanied by a dramatic lowering of tissue copper levels and reduced disease symptoms.

“It is our hope that this compound may represent the basis for an improved approach to Wilson’s Disease,” Prof Tonks said. Optimisation work on the compound continues in his lab in collaboration with DepYmed Inc.