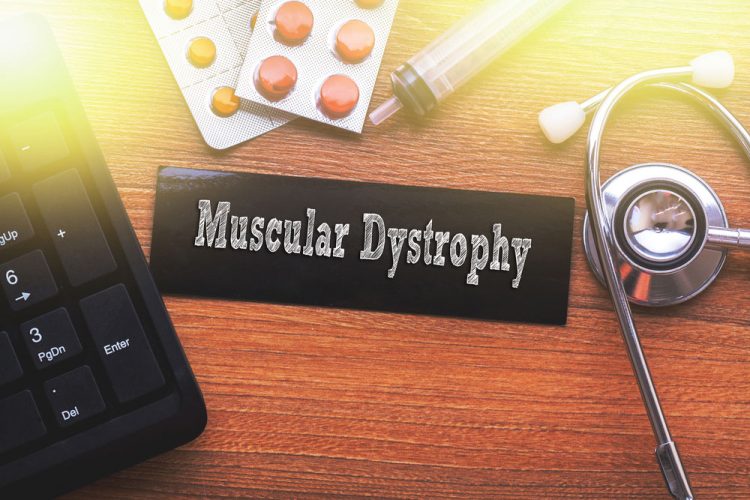 Duchenne muscular dystrophy (DMD) is a devastating genetic disease that impairs cardiac and skeletal muscle development. People with DMD gradually lose ambulation in childhood, acquire respiratory and heart failure in young adulthood and succumb to the disease by their mid-thirties. Until recently, there has been no effective treatment for the characteristic muscle-wasting progression of this disease. Provisional FDA approval of the first DMD therapy (eteplirsen) and improved disease management strategies have extended the lifespan of DMD patients and expanded the field of DMD research into later-stage outcomes such as cardiomyopathy (heart failure).

Overall, little is known about the mechanisms of DMD cardiomyopathy, particularly how individual signalling pathways contribute to its development. Breakthrough research by a large, interdisciplinary team of Medical University of South Carolina (MUSC) and Ohio State University investigators has uncovered an unexpected mechanism that underlies cardiomyopathy in DMD. The team was led by Professor Denis Guttridge in MUSC’s Department of Pediatrics, director of the Darby Children’s Research Institute, and associate director of Translational Sciences for the Hollings Cancer Center.

“Understanding cardiomyopathy is a significant achievement,” explains Prof Guttridge. “About 95 percent of patients with dystrophin gene mutations (like the one that causes DMD) develop heart failure and up to 25 percent of these patients die from it. As we’ve gotten better at managing patients on ventilators and with other types of care, they’re living longer but extending life is also thought to put more stress on their hearts. So, heart failure needs to be considered in the overall management of this disease.”

The team had previously focused on the NF-κB transcription factor in skeletal muscle and, with others, showed that it regulates both physiological (differentiation, growth, and metabolism) and pathophysiological (cachexia, atrophy, and dystrophy) aspects of skeletal muscle biology. Their finding that inhibiting NF-κB improved functioning in dystrophic limb and diaphragm muscles and reduced inflammatory damage laid the foundation for investigations into NF-κB as a potential therapeutic target in DMD.

“We’d been using skeletal muscle as a platform to understand NF-κB,” explains Prof Guttridge. “We know it drives inflammation and DMD has an inflammatory component, so then we started looking at what it does in DMD. There’s also some evidence that NF-κB plays a role in heart failure, but results differ widely based on the type of heart disease-which suggests that it may act differently in various cardiac conditions. So, we began wondering how it might contribute to cardiomyopathy in DMD.”

Using a mouse model of DMD (mdx), the team first established that NF-κB does, indeed, contribute to cardiac dysfunction in this disease. Specifically, their first set of experiments showed that cardiomyocyte NF-κB impairs cardiac response to beta-adrenergic stress. This is the first evidence to establish that cardiomyocyte-derived NF-κB signalling is instrumental in promoting dystrophic cardiac dysfunction.

Their next experiments found that cardiomyocyte NF-κB, though not required for the development of cardiac fibrosis or myocyte injury in mdx mice, still contributes to cardiac dysfunction. The question then became “How?” Published evidence indicated that genes related to calcium were enriched in the absence of NF-κB. The team followed this proposed link between NF-κB and calcium using microarray analyses to compare the hearts of NF-κB knock-out mice with littermates that had intact NF-κB (mdxIKKβf/f).

Taking a broader look at overall gene expression patterns in dystrophic hearts lacking NF-κB, they found that it played a previously unreported functional role as a global repressor in mdx hearts.

“This mechanism was unexpected,” says Prof Guttridge. “We thought that when the pathway was ablated, the global gene expression pattern would be down-regulated because NF-κB is supposed to be an activator. Surprisingly, we saw the opposite-about 75 percent of genes were upregulated. That told us that NF-κB was acting as a transcriptional repressor.”

The team’s next series of experiments uncovered that, although NF-κB was activated in dystrophic hearts, it was not playing its canonical role as a direct transcriptional activator but rather was modulating chromatin conformation to deplete H3K27ac. A reduction of this chromatin mark indicates that there is a repression on gene expression. This depletion, in turn, repressed the Slc8a1 gene, which codes for the NCX1 protein. And, here’s the rub– NCX1 plays a crucial role in maintaining calcium homeostasis in multiple cell types, including muscle.

“When we dug deeper to find out how and exactly what genes it was repressing, we saw that the ones that were going up were mostly calcium-handling genes like Slc8a1. Without proper mobilisation of calcium, the heart doesn’t contract normally,” says Prof Guttridge, “The reason NF-κB was acting as a repressor of calcium genes now made a lot of sense.”

While it is understood that the pathology of dystrophic hearts is caused by disruption of calcium homeostasis, the exact mechanisms driving this disruption have not previously been explored. Furthermore, these findings have important implications for the treatment of heart failure in multiple conditions including diabetes and after ischemia-reperfusion injuries. Perhaps most important, these findings highlight that targeting NF-κB could benefit both skeletal and cardiac muscle.

“I’m very excited about these findings!” says Prof Guttridge. “As a scientist, you follow your hunches and try to vigorously test your hypotheses-it’s so satisfying to have found a pathway that we believe contributes to the pathology of DMD, not just in skeletal muscle but also in the heart. This gives us hope that a drug can be developed that has the possibility of improving patients’ lives.”