Researchers have developed a polio vaccine that doesn’t require refrigeration, meaning it could someday be used all over the world… 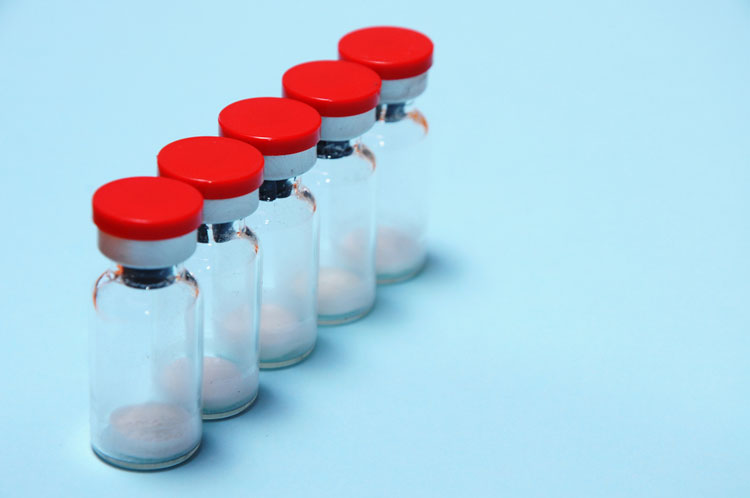 USC researchers have developed a polio vaccine that doesn’t require refrigeration, meaning it could someday be used all over the world to deliver the final blow to this longtime foe.

The injectable vaccine, which was freeze-dried into a powder, kept at room temperature for four weeks and then rehydrated, offered full protection against the polio virus when tested in mice.

“Stabilisation is not rocket science, so most academics don’t pay much attention to this field,” said the study’s first author, Woo-Jin Shin, a Fellow in the lab of Jae Jung, chair of the Department of Molecular Microbiology and Immunology at the Keck School of Medicine of USC. “However, no matter how wonderful a drug or vaccine is, if it isn’t stable enough to be transported, it doesn’t do anyone much good.”

Polio is on the brink of complete eradication, with just 22 reported cases worldwide in 2017. The highly infectious disease, which causes lifelong paralysis and disability mostly in young children, is a fading memory in many places. Yet in countries where vaccination rates are spotty, young children are at risk.

The biggest hitch to complete eradication has been creating a temperature-stable vaccine for use in developing countries where refrigeration may be unavailable. Recent polio cases have been reported in Nigeria, Papua New Guinea, Syria and Pakistan.

Dr Shin and his colleagues used two lab techniques — liquid chromatography and high-throughput screening — that allowed them to analyse a high volume of ingredients and formulations until they found one that worked.

Dr Jung’s hope is that a foundation or company will take over the project to pay for human studies and bring the injectable vaccine onto the market.

In addition to Shin, the study’s authors are Daiki Hara and Jae Jung of the Keck School of Medicine, and Francisca Gbormittah, Hana Chang and Byeong S. Chang of Integrity Bio Inc. Integrity Bio is a company that specialises in biologic, or medicines made from substances found in living things.

The study appears in the issue of the journal mBio.