Frizzled receptors could be drug targets for treating major diseases

Frizzled receptors, from the GPCR family, could soon be a target to treat numerous diseases such as cancer, fibrosis and CVD… 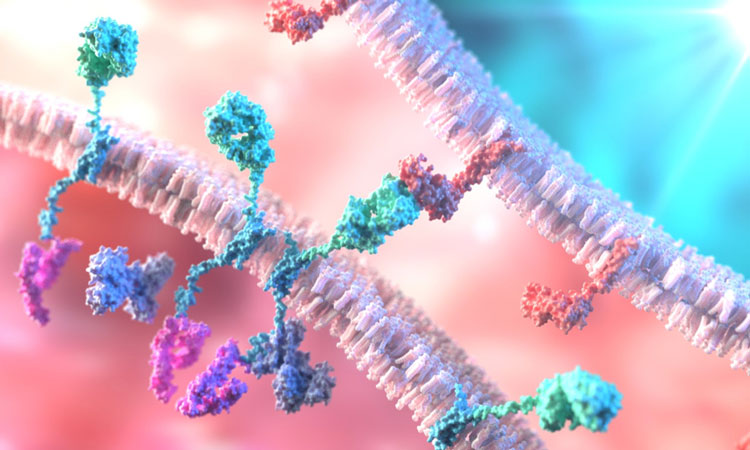 A family of receptors, known as Frizzled could be used to target numerous disease, including cancer, fibrosis and cardiovascular diseases.

Karolinska Instituet researchers in Sweden identified how the receptors are activated in cell membranes, and are used within processes that are triggered in the cell. GPCR’s (G-protein coupled receptors) are one of the largest families of proteins, with many being used in varying physiological functions.

Placed within the cell membrane, these proteins become activated by adrenaline, endorphin, dopamine and histamine – messenger molecules that trigger a cascade of events in the cell. GPCR’s are common targets for drugs as they are involved in many processes in numerous diseases, with some examples being antihistamines, beta-blockers, L-DOPA and morphine.

“Since this is a large family of receptors, there are still many attractive but still unexploited targets for the future treatment of cancer, cardiovascular disease, diabetes, fibrosis and neurodegenerative diseases,” said Professor Gunnar Schulte, lead researcher of the study, at the Department of Physiology and Pharmacology at Karolinska Institutet.

The research team found that the receptor in the Frizzled family, Frizzled 5, could be targeted in that same method that histamine, adrenaline or dopamine is targeted.

Collaborating with researchers at Uppsala University and SciLifeLab in Sweden, and teams in Germany and Canada, the team presented a method that could be used to screen substance libraries to search for new drug molecules.

“This opens up completely new opportunities and concepts for developing drugs for cancer, fibrosis and cardiovascular diseases based on targeting Frizzled proteins,” said Shane Wright, first author of the study and doctoral student in Professor Schulte’s research group at Karolinska Institutet.

“The reason there are no drug molecules that target Frizzled receptors is that these mechanisms are not fully understood, a situation that we hope to change,” said Prof Schulte.

The study was published in the journal Science Signalling.