Strathmin2 could be used as a biomarker for amyotrophic lateral sclerosis (ALS), a debilitating condition with no proper diagnostic tests or treatments… 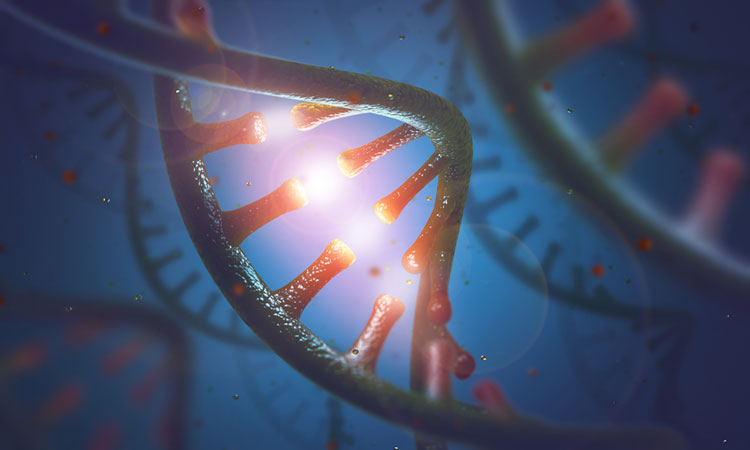 A team of researchers, led by scientists at Harvard University, identified STMN2 as the biomarker and possible drug target for the neurological disease that is currently extremely difficult to diagnose and treat. The scientists used stem cell models of human motor neurons that revealed the gene STMN2 as the potential target.

Patients that are affected by AS often undergo a long diagnostic journey, whilst experiencing a loss of motor neurons and progressive paralysis. After this, they may survive for up to five years, with current approved drugs only slowing the progression of the disease.

During post-mortem studies on neurons from ALS patients, scientists found aggregates of the protein TDP-43. The protein should have been found in the neurons of the cells, but was being flushed out and built up in the cytoplasm.

As TDP-43 binds to RNA, the researchers looked into all the RNA types that are regulated by the protein in the context of human neurons. They reduced the level of TDP-43 in human stem cell-derived motor neurons. Using RNA sequencing, the team analysed how gene expression changed in these cells, and recognised around a thousand genes that changed when TDP-43 was manipulated. The team also found that Stathmin2 (STMN2) changed consistently in step with TDP-43.

“Once we had a connection between the TDP-43 and the loss of this other critical gene, STMN2, we could see how a motor neuron might begin to fail in ALS,” said Dr Joseph Klim, postdoctoral fellow in the Harvard Department of Stem Cell and Regenerative Biology (HSCRB).

“With the discovery that our human stem cell model had predicted exactly what was happening in patients, Joe went on to test in this system whether fixing Stathmin2 could rescue the motor neuron degeneration in our dish caused by disturbing TDP-43. In a beautiful series of experiments that I believe provide great hope for patients, he went on to show this was exactly the case: rescuing expression of Stathmin2 rescued motor neuron growth,” said Professor Kevin Eggan, Professor of Stem Cell and Regenerative Biology at Harvard.

“We discovered that when TDP-43 levels are diminished in the nucleus, a cryptic exon is spliced into STMN2 messenger RNA. That basically deletes its instructions for making functional protein,” explained Dr Klim. “It becomes impossible for STMN2 to create a vital component for repairing or growing motor neuron axons.”

The team studies whether their findings reflected the reality of a patients biology, obtaining data from RNA sequencing studies that used post-mortem samples from ALS patients. These datasets supported the teams original findings.

“These experiments point towards a clear path for testing whether repairing Stathmin2 in patients can slow or stop their disease,” said Prof Eggan. “The discovery we have made suggests a clear approach for developing a potential therapy for ALS – one that would intervene in all but a very small number of individuals, regardless of the genetic cause of their disease.”

The study was published in the journal Nature Neuroscience.