A study has found a selective inhibitor for an enzyme that allows cancer cells to mutate and become resistant to treatments. 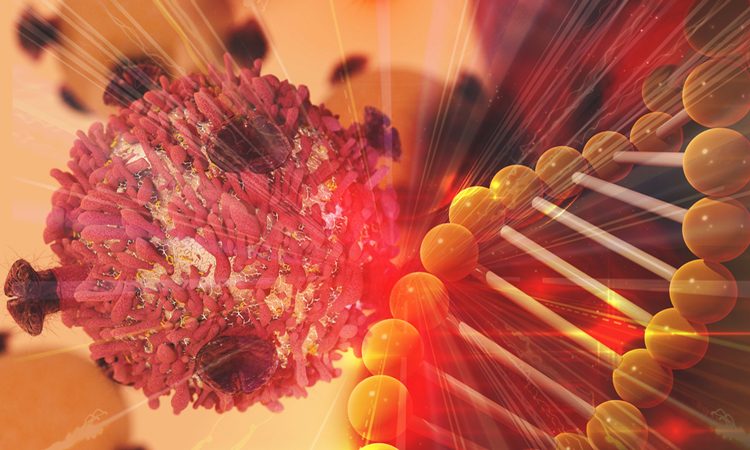 New research has revealed that a new class of drugs to prevent cancer from becoming resistant to treatment could be developed.

The research was conducted at Massey University, New Zealand. The novel therapeutics block an enzyme called APOBEC3B in cancer cells that is responsible for tumours becoming resistant to treatment.

According to the team, APOBEC3B mutates DNA, creating a large genetically diverse pool of cancer cells that allow tumours to evade the effects of the immune system.

In a healthy person, the APOBEC3 family of enzyme combat pathogens, mutating their DNA so that they cannot cause any infection. Cancer cells then use this ability to avoid the immune system.

The researchers say that as APOBEC3B is not an essential part of the body’s immune response, it can be inhibited to support existing cancer therapies. However, the rest of the APOBEC3 group is vital for full immune function so a selective inhibitor is required.

“Drug resistance is a big problem in cancer therapy and targeting cancer evolution will be a key part in solving this problem. We have developed the first selective inhibitor of APOBEC3B, but depending on the progress, it might take five-10 years until this kind of therapy reaches clinical trials,” said lead researcher Professor Vyacheslav Filichev.

The results were published in Organic & Biomolecular Chemistry.