Researchers have discovered a microprotein that acts as a regulator of cell stress, which could be used in developing therapies for a wide range of conditions. 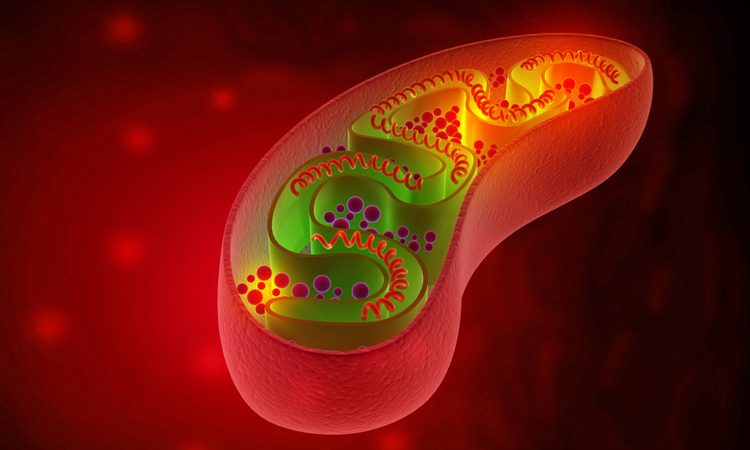 Researchers have identified a 54-amino acid microprotein as a contributing factor to migrating cell stress. According to the team, cell stress plays a role in cancer, neurodegeneration and other diseases, so their findings could be used to develop therapies.

The study, conducted at the Salk Institute, US, revealed that the PIGBOS microprotein can be found in mitochondria. To understand its role, the team attempted to use fluorescent protein tags to observe its actions.

However, the commonly used green fluorescent protein (GFP) tag could not be attached to PIGBOS due to the microprotein’s small size. Instead, the team used another approach called split GFP, where a beta strand of GFP was attached to PIGBOS.

The researchers were then able to see that PIGBOS is located on the outer membrane of mitochondria. They also found that it interacts with a protein called CLCC1, part of the endoplasmic reticulum (ER). 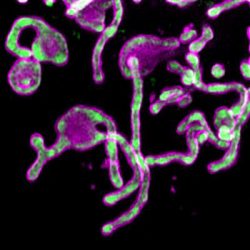 The microprotein PIGBOS (magenta) shown sitting on the outer membranes of mitochondria (green), where it is poised to make contact with other organelles in the cell (credit: Salk Institute/Waitt Advanced Biophotonics Core Facility).

“PIGBOS is like a connection to link mitochondria and ER together,” said postdoctoral researcher and first author Qian Chu. “We hadn’t seen that before in microproteins – and it’s rare in just normal proteins.”

PIGBOS was revealed to communicate with CLCC1 to regulate stress in the ER. Without the microprotein, the ER is more likely to experience stress, leading to the cell clearing out harmful misshapen proteins. If the cell fails to dispose of these proteins, it will self-destruct and die.

“Going forward, we might consider how PIGBOS is involved in disease like cancer,” says Chu. “In cancer patients, the ER is more stressed than in a normal person, so ER stress regulation could be a good target.”

“Microproteins represent a fledgling field,” said Professor Alan Saghatelian co-corresponding author of the study. “But I think this work has really impacted our understanding the impact that microproteins can have on biochemistry and cell biology.”