Potential new target identified for the treatment of gout

A new therapeutic target for gout has been identified which could lead to new treatment strategies that could improve the quality of life for patients who suffer from the condition. 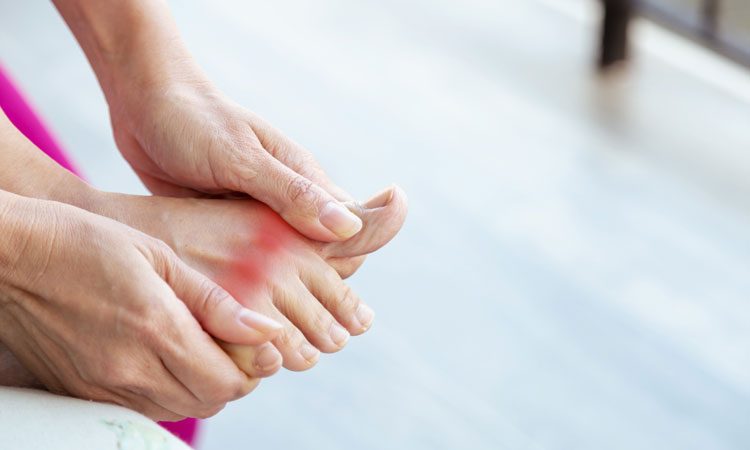 A new therapeutic target for the treatment of gout has been identified in a study by researchers at Washington State University Health Sciences Spokane, US, which suggests that blocking a signalling molecule known as TAK1 can suppress inflammation caused by gout.

The research lays the foundation for the development of potential new treatment strategies that could significantly improve the quality of life for patients who suffer from the condition.

Gout is caused by high blood levels of uric acid. Elevated uric acid levels can lead to the formation of monosodium uric acid (MSU) crystals that accumulate in joints. The immune system then launches an immune response that increases the production of interleukin-1-beta (IL-1-beta), a cytokine protein that causes inflammation and triggers the intense pain and swelling people experience during gout attacks.

The researchers designed a study to identify the molecular mechanism by which MSU crystals produce IL-1-beta inflammation and the role of TAK1 in this process.

Using two different cell lines of human macrophages, they found that MSU crystals could directly activate TAK1 and other proteins that were previously thought to be dependent on IL-1-beta signalling for activation.

Next, they showed that the use of a chemical that inhibits, or blocks, TAK1 could completely suppress any inflammation caused by MSU crystals, both in healthy human macrophage cells and in a rodent model of gout.

Salah-Uddin Ahmed, a professor of pharmaceutical sciences in the WSU College of Pharmacy and Pharmaceutical Sciences and senior author on the study, said their discovery has opened the door towards the development of new treatment strategies for gout which could help to improve patient quality of life.

The team’s next goal is to confirm their findings in cells taken from patients with gout. Ahmed also said their findings could eventually be tested in other diseases that involve IL-1-beta mediated inflammation, such as multiple sclerosis, inflammatory bowel disease and type 1 diabetes.

The study was published in the journal Cellular and Molecular Immunology