Researchers have slowed the spread of a type of non-small cell lung cancer in mice by neutralising a protein that would otherwise cause tumour growth. 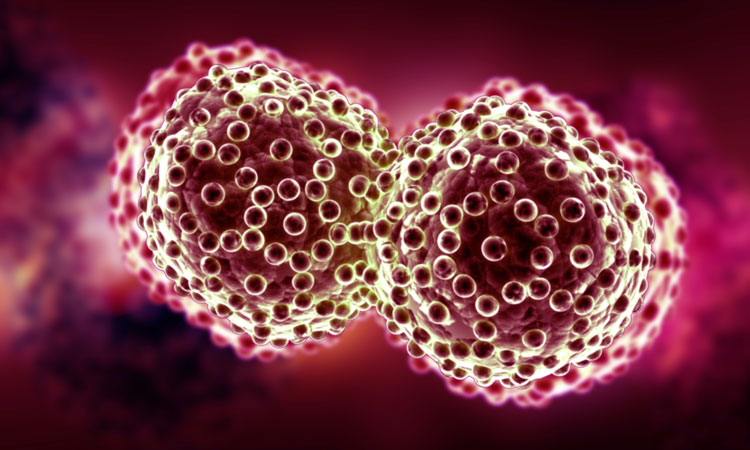 Scientists at Stanford and UC-San Francisco have developed an experimental drug that targets a currently untreatable type of lung cancer.

The researchers slowed the spread of this cancer in mice by neutralising a single protein that would otherwise set off a chain reaction, causing runaway growth

The researchers discovered how a particular type of protein, known as a ligand, hooks up with three receptor proteins to create conditions favourable for this cancer’s spread. The researchers then engineered a decoy version of one of these receptors and delivered it to the tumour site, where it interfered with the growth mechanism behind the cancer.

“This is the second time we’ve shown how to engineer an effective decoy protein and used it to inhibit tumour growth in animals,” said Jennifer Cochran, PhD, the Shriram Chair of the Department of Bioengineering at Stanford, whose group initially developed this strategy in experiments aimed at ovarian and breast cancers.

Meanwhile, cancer researcher Alejandro Sweet-Cordero, MD, published a paper in 2012 showing how a protein called CLCF1 initiated a chain of events that accelerated growth in one of the three main variants of non-small cell lung cancer.

CLCF1… activates three proteins found on the surface of tumour cells, and together they work to promote the growth of lung cancer”

“CLCF1 binds to and activates three proteins found on the surface of tumour cells, and together they work to promote the growth of lung cancer,” said Sweet-Cordero, who sought out Cochran in 2013 to propose that they work together to thwart this process.

Sweet-Cordero’s team established that blocking the CLCF1 ligand could be an effective strategy for treating lung cancer. The team’s previous research showed that tumour growth was accelerated by the interaction of the CLCF1 ligand with three receptor proteins in a chain reaction. Cochran’s team sought to stop this by creating a receptor decoy based on CNTFR, the second protein in the chain.

“We had to design a decoy that did two things at once,” Cochran said. “It had to preferentially bind tightly to CLCF1, edging out any naturally occurring CNTFR, and once locked in place, it had to repel gp130 and LIFR.”

A series of experiments to test this engineered receptor decoy in mice with lung cancer established that the decoy significantly neutralised the growth instigated by CLCF1 and slowed the cancer’s spread.

It could require several years of study before the researchers can begin testing this treatment in humans. Once at that stage, the researchers are confident they’ll be able to identify patients with this particular form of lung cancer because it is associated with mutations in a gene called KRAS. The presence or absence of the KRAS biomarker may identify patients who are most likely to benefit from the receptor decoy drug.

Cochran has said she is optimistic that the drug will be safe for use in humans, given there was no evidence of toxic side effects in mice.

“As these studies show, when we combine detailed knowledge of a particular disease mechanism with bioengineering prowess, we can achieve some pretty powerful results,” she said.