A group of scientists from India have used 3D imaging of the Nipah virus to discover potential inhibitors for the disease. 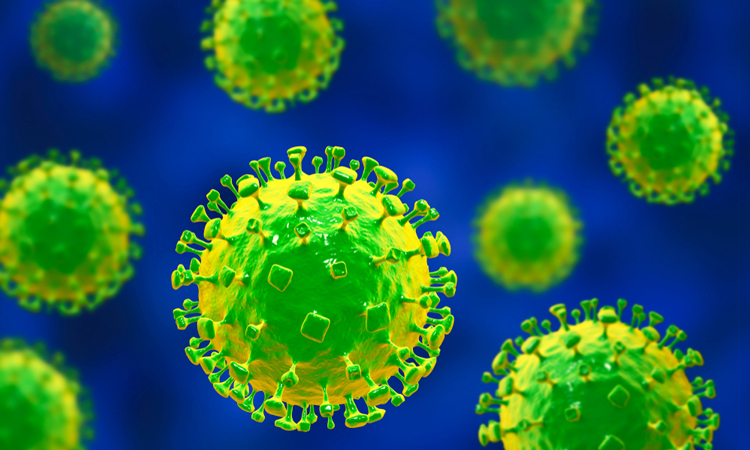 Researchers have identified 150 possible inhibitors to combat the Nipah virus which is transferred to humans from bats and pigs. There are currently no approved drugs or vaccines against the virus.

The study was conducted at the Indian Institute of Science Education and Research Pune. 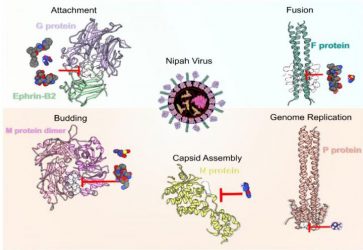 The team used information on the structure of the virus to reveal potential therapeutic strategies. Making three-dimensional (3D) models of the 9 Nipah virus proteins, they used these models to design inhibitory molecules to block the protein’s activity.

The team them assessed how effective the proposed inhibitors would be against 15 different strains of the virus, with three Bangladeshi, seven Malaysian and five Indian strains.

The researchers computationally identified four putative peptides inhibitors and 146 small molecule inhibitors against Nipah virus proteins. They short-listed 13 of their proposed inhibitors as the most promising based on their binding strength, stability and effectiveness against multiple strains of the virus.

“We conclude that it is highly likely that the proposed inhibitors would be potent against all strains of the virus Nipah and other related zoonotic viruses that pose a serious epidemic threat,” the researchers say. “Computational approaches can help identify and design inhibitors that could be rapidly tested or even deployed.”

The results were published in PLOS Neglected Tropical Diseases.

Blimp-1 identified as driver of T-cell activity against cancer