Scientists have imaged the ball-and-chain mechanism using cryogenic electron microscopy and hope their work could be applied in the design of novel therapeutics. 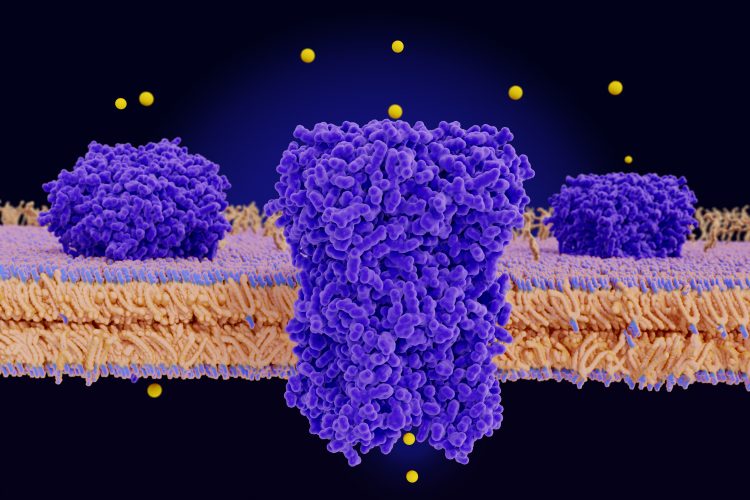 Researchers exploring the channels which allow potassium and sodium ions to flow into and out of neurons during neuronal firing have been able to image the ‘ball-and-chain’ mechanism which aids in regulating ion flow.

The team hopes this new insight could aid in therapies to improve ion channel function in diseases such as epilepsies, heart arrhythmias, schizophrenia and diabetes.

“Scientists have been trying to get an atomic-scale picture of this mechanism since the 1970s and now that we have it at last, it can become an important drug target,” said senior author Dr Crina Nimigean, an associate professor of physiology and biophysics in anesthesiology at Weill Cornell Medicine, US.

For decades the idea of the ball-and-chain mechanism has been proposed; essentially it was thought to be a quick way for cells to control ion flow, even when the stimulus that causes the channels to open is still present, like a plug in the drain of a sink.

“Nobody knew exactly how this process actually looks and works – does the ‘ball’ block the opening of the channel, or actually go in and plug the pore, or alternatively, alter the conformation of the channel indirectly?” said Dr Nimigean.

The study published in Nature reveals how scientists used cryogenic electron microscopy (cryo-EM) to image the MthK potassium ion channel from Methanobacterium thermoautotrophicum. According to the researchers, this channel is similar to the mammalian BK potassium channel that is crucial for the proper function of neurons and many other cell types, but easier to image because the cell-membrane-like environment that the bacterial version requires for imaging is less complicated.

Using cryo-EM the team were able to take atomic-resolution images of the MthK channel both when it was open due to the presence of calcium and when closed. The pictures revealed that even when the MthK channel is in the calcium-activated open state, the pathway through which ions flow was plugged by a flexible element that obstructs the pore of the channel structure.

Calcium-gated potassium channel MthK in closed, open and inactivated states, from left to right. Channel structure (blue), with one subunit removed for clarity; calcium ions (yellow); potassium ions (purple); membrane (grey); N-terminal inactivation peptide (red). The location of the peptide in the inactivated channel was identified in the structural analysis, whereas the location shown in closed and open channels is hypothetical [credit: Dr Crina Nimigean].

They observed that when the ball-and-chain was genetically deleted the flow of potassium ions through the calcium-activated MthK channel was no longer regulated, leading them to conclude that this mechanism plays an essential role in ion homeostasis.

Dr Nimigean and colleagues now intend to explore how this mechanism might be targeted therapeutically.

She concluded: “Different classes of potassium channels in human cells are very similar in their channel structures so, a drug that blocks a particular channel will tend to affect other potassium channels and thus could have many unwanted side effects. However, understanding and then targeting this ball-and-chain structure that we were able to image could allow us to therapeutically modulate potassium channels with much more specificity.”