Chromatography and bioassays used to detect bioactive compounds in plants

Bioassays and thin-layer chromatography has been used by scientists to analyse molecules in plant extracts as a fast and cost-effective method for identifying new drug compounds. 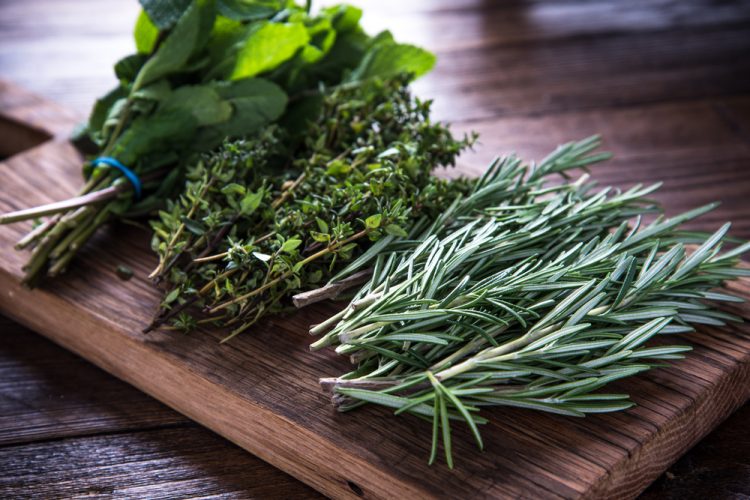 A group of scientists from Sechenov University, Russia and La Trobe University, Australia, have developed a rapid and cost-effective method, using chromatography and assays, of detecting and identifying bioactive compounds in complex samples such as plant extracts. They applied the method to examine Mediterranean and Australian native culinary herbs.

The study of plant extracts using bioassay and thin-layer chromatography (TLC) allows scientists to examine a variety of compounds, find mixtures that have the desired properties and isolate substances that exhibit them to the greatest extent. The researchers say this fast and cost-effective method will be useful for finding new drug compounds.

It is possible to examine a compound if it is stable enough and can be separated from other substances in a sample, but plant extracts contain hundreds of compounds. In the past, only known compounds were investigated by target analysis and most bioactive molecules were left undiscovered. Thus, the number of compounds that are yet to be explored is so huge that methods that can both screen mixtures and identify the compounds responsible for bioactivity are of greater value.

The authors of the papers used an Effect Directed Analysis (EDA) approach, which is a combination of chromatographic separation with in situ bioassays and physico-chemical characterisation to discover and identify bioactive compounds in complex plant samples. TLC and high performance TLC (HPTLC) are well established, chromatographic separation techniques ideally suited for high-throughput screening of bioactive compounds in crude samples.

To separate substances, TLC uses the fact that various compounds are transported by a solvent and absorbed by a sorbent at different speeds. A sorbent-coated plate with a studied mixture is immersed with one end in the solvent and under the action of capillary forces, it begins to rise along the plate, taking the substances of the mixture with it. As they move upward, the compounds are absorbed by the sorbent and remain as horizontal bands that can be distinguished in visible, infrared or ultraviolet light. Using this method, crude extracts can be analysed directly with no preparation and possible loss of sample components.

Bioassays allow the determination of the properties of compounds, such as toxicity or for observation of how model organisms react to them. In this way, extracts able to inhibit the action of individual enzymes or reactive oxygen species can be selected.

Combining TLC chromatography with microbial (bacteria and yeast) tests and biochemical (enzyme) bioassays enables rapid and reliable characterisation of bioactive compounds directly on the chromatographic plates, without isolation/extraction. The advantage of HPTLC is that plates/chromatograms can be directly immersed into the enzyme solution bioassays and incubated for up to several hours, followed by visualisation of the bioactivity profile via an enzyme/substrate reaction. According to the researchers, this approach is cost effective, enabling a more streamlined method to detect and characterise natural products that are suitable candidates for further investigation as potential new drug molecules.

After preparing the extracts, the scientists began to study their composition and qualities. Rosemary and oregano extracts showed the greatest antioxidant activity, while sage, oregano and thyme were the best at slowing down reactions involving α-amylase (extracts from lavender flowers and leaves were the only ones not to show this effect). Among the Australian native herbs, lemon myrtle showed the strongest antioxidant properties, with the best α-amylase inhibition observed with extracts of native thyme, sea parsley and saltbush.

Three articles on this work were published in Applied Sciences, Journal of Pharmaceutical and Biomedical Analysis and Journal of Chromatography A.