A new paper describes the first full study of the epigenetics of human tumour organoids, suggesting this could be used to develop novel oncology treatments. 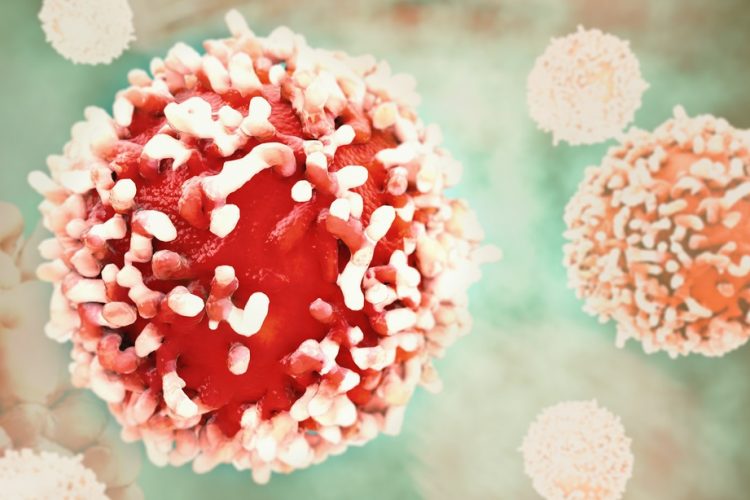 A newly published paper has outlined the first comprehensive study of the epigenetic landscape of human tumour organoids, validating the use of these samples for cancer research, which could be used to deliver novel oncology treatments. 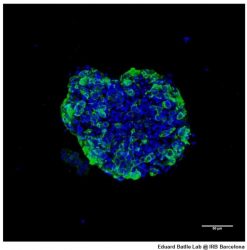 According to the researchers from the Josep Carreras Leukaemia Research Institute (IJC), Spain, promising cancer therapies can fail when applied to patients in the real clinical setting despite many new treatments demonstrating promising results at the pre-clinical stage in the lab. One explanation is that many of the tumour models used in early research phases are established cell lines that have been growing for many decades and in two-dimensional (2D) culture flasks. However, the researchers say that these cancer cells might not completely resemble the features of real tumours from patients that expand into three dimensions (3D).

It has recently been possible to grow ‘organoids’ in laboratories – cancer models respecting their 3D structure. The researchers say that little is known about these cells and if they actually mimic the conformation of the tumour within the body, particularly the chemical modifications of DNA, the epigenetics which do not change genes but control their expression, such as DNA methylation.

“Our article solves an unmet biomedical need in the cancer research field: the characterisation of the epigenetic fingerprint of human cancer organoids. Our study shows that these tumour models can be very useful for the biomedical research community and the pharmaceutical companies developing anti-cancer drugs,” said lead researcher Dr Manel Esteller, Director of the IJC, ICREA Research Professor and Chairman of Genetics in the University of Barcelona. “First, we show that every cancer organoid retains the properties of the tissue of origin: if the samples were obtained from the surgery of a colon or pancreatic cancer, the organoid closely resembles the original primary tumour. Second, there is no contamination of normal cells; thus, the malignant pure transformed cells can be analysed without interference. Finally, the 3D organoid cancers are closer to the patient tumours than the commonly used 2D cell lines.”

According to the researchers, two of the most relevant consequences from this study is the open nature of the data; a large amount of data has been generated to be analysed and made available to the research community. On the other hand, the exchange of samples between researchers is offered to promote more collaborative studies. 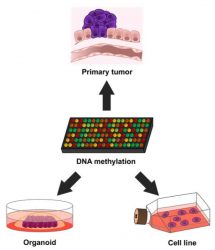 “We have deposited all the obtained results in easily accessible public databases so everyone can perform further data mining to produce new cancer discoveries using different biometric approaches or focusing on particular genes. And most importantly, the characterised cancer organoids can be readily obtainable from a reliable provider (the American Type Culture Collection, ATCC), so researchers around the world can use the epigenetic information of these shareable samples to develop their investigations,” concluded Esteller.

The study was published in Epigenetics.