Using mass spectrometry, researchers have shown how human cells are changed by infection from SARS-CoV-2, allowing the team to identify drug targets to prevent viral reproduction. 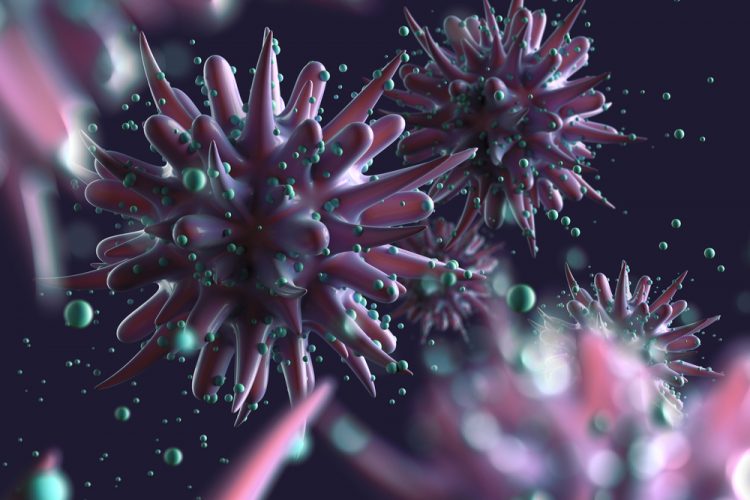 A team of biochemists and virologists at Goethe University and the Frankfurt University Hospital, both Germany, were able to observe how human cells change upon infection with SARS-CoV-2, the virus causing the COVID-19 pandemic. The scientists also tested a series of compounds in laboratory models and identified some which slowed down or stopped virus reproduction.

According to the researchers, these results now enable the search for an active substance to be narrowed down to a small number of already approved drugs.

Since February, Frankfurt University Hospital has been in possession of a COVID-19 infection cell culture system. Using a technique developed at Goethe University, researchers from both institutions were together able to show how a SARS-CoV-2 infection changes the human host cells. The scientists used a particular form of mass spectrometry called the mePROD method, which they developed a few months previously. According to the team, this method makes it possible to determine the amount and synthesis rate of thousands of proteins within a cell.

The findings reveal that 24 hours after infection, the virus causes distinct changes to the composition of the host proteome: while cholesterol metabolism is reduced, activities in carbohydrate metabolism and modification of RNA as protein precursors increase. In line with this, the scientists were successful in stopping virus reproduction in cultivated cells by applying inhibitors of these processes. Similar success was achieved by using a substance that inhibits the production of building blocks for the viral genome.

The Frankfurt researchers made these findings immediately available on a pre-print server and on the website of Goethe University’s Institute for Biochemistry II. Professor Ivan Dikic, Director of the Institute, commented: “Both the culture of ‘open science’, in which we share our scientific findings as quickly as possible and the interdisciplinary collaboration between biochemists and virologists contributed to this success. This project started not even three months ago and has already revealed new therapeutic approaches to COVID-19.”

Among the substances that stopped viral reproduction in the cell culture system was 2-Deoxy-D-Glucose (2-DG), which interferes directly with the carbohydrate metabolism necessary for viral reproduction. The US company Moleculin Biotech possesses a substance called WP1122, a prodrug similar to 2-DG. The company announced that they are preparing a clinical trial with this substance based on the results from Frankfurt.

Based on another one of the substances tested in Frankfurt, Ribavirin, the Canadian company Bausch Health Americas is starting a clinical study with 50 participants.

Dr Christian Münch, Head of the Protein Quality Control Group at the Institute for Biochemistry II and lead author, commented: “Thanks to the mePROD-technology we developed, we were for the first time able to trace the cellular changes upon infection over time and with high detail in our laboratory. We were obviously aware of the potential scope of our findings. However, they are based on a cell culture system and require further testing. The fact that our findings may now immediately trigger further in vivo studies with the purpose of drug development is definitely a great stroke of luck.”

Beyond this, there are also other potentially interesting candidates among the inhibitors tested for COVID-19, says Münch, some of which have already been approved for other indications.

Professor Jindrich Cinatl from the Institute of Medical Virology and lead author explains: “The successful use of substances that are components of already approved drugs to combat SARS-CoV-2 is a great opportunity in the fight against the virus. These substances are already well characterised, and we know how they are tolerated by patients… In the race against time, our work can now make an important contribution as to which directions promise the fastest success.”