By administering a one-time PTB antisense oligonucleotide therapy to mice, researchers observed an increase in neurons and elimination of Parkinson’s from the models. 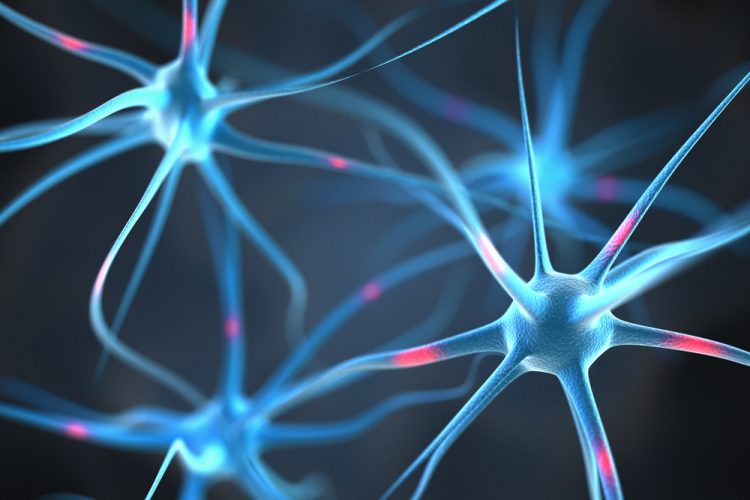 A group of researchers has revealed their one-time PTB antisense oligonucleotide treatment was able to grow new neurons and eliminate Parkinson’s disease in mice.

For decades, Dr Xiang-Dong Fu and his team at University of California (UC) San Diego School of Medicine, US, studied the protein called PTB, which is well known for binding RNA and influencing which genes are turned ‘on’ or ‘off’ in a cell.

Several years ago, a postdoctoral researcher working in Fu’s lab was using a technique called siRNA to silence the PTB gene in fibroblast connective tissues. However, this is a tedious process, so the researcher initiated the development of a stable cell line that permanently lacks PTB.

After a few weeks, there were very few fibroblasts left and the whole dish was instead filled with neurons. This led the team to conclude that inhibiting or deleting just a single gene, the gene that encodes PTB, transforms several types of mouse cells directly into neurons and could be used to treat Parkinson’s disease. 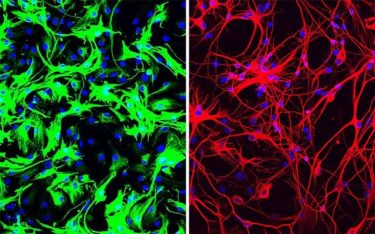 More recently, the scientists took their findings further; they applied a dopamine look-a-like molecule to poison neurons that produce dopamine in mice. As a result, the mice lost dopamine-producing neurons and developed symptoms similar to Parkinson’s disease, such as movement deficiencies.

The team created a single treatment to inhibit PTB in mice – a non-infectious virus that carries an antisense oligonucleotide sequence, an artificial piece of DNA designed to specifically bind the RNA coding for PTB, thus degrading it and preventing it from being translated into a functional protein and stimulating neuron development.

This converted native astrocytes, star-shaped support cells of the brain, into neurons that produce the neurotransmitter dopamine, increasing the number of neurons by approximately 30 percent. Dopamine levels were restored to a level comparable to that in normal mice and the neurons grew and sent their processes into other parts of brain. As a result, the mice’s Parkinson’s disease symptoms disappeared.

The researchers administered the PTB antisense oligonucleotide treatment directly to the mouse’s midbrain, which is responsible for regulating motor control and reward behaviours and the part of the brain that typically loses dopamine-producing neurons in Parkinson’s disease. A control group of mice received mock treatment with an empty virus or an irrelevant antisense sequence but showed no improvement. 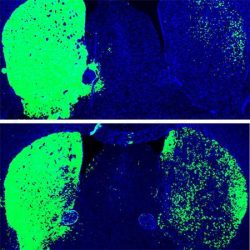 “It’s my dream to see this through to clinical trials, to test this approach as a treatment for Parkinson’s disease, but also many other diseases where neurons are lost, such as Alzheimer’s and Huntington’s diseases and stroke,” said Fu, who is a Distinguished Professor in the Department of Cellular and Molecular Medicine at UC San Diego School of Medicine. “And dreaming even bigger – what if we could target PTB to correct defects in other parts of the brain, to treat things like inherited brain defects? I intend to spend the rest of my career answering these questions.”

Next, the team plans to optimise their methods and test the approach in mouse models that mimic Parkinson’s disease through genetic changes. They have also patented the PTB antisense oligonucleotide treatment in order to move forward toward testing in humans.

The study is published in Nature.