A novel drug has been created which prevented the blood clotting associated with heart attacks and strokes in pre-clinical studies. 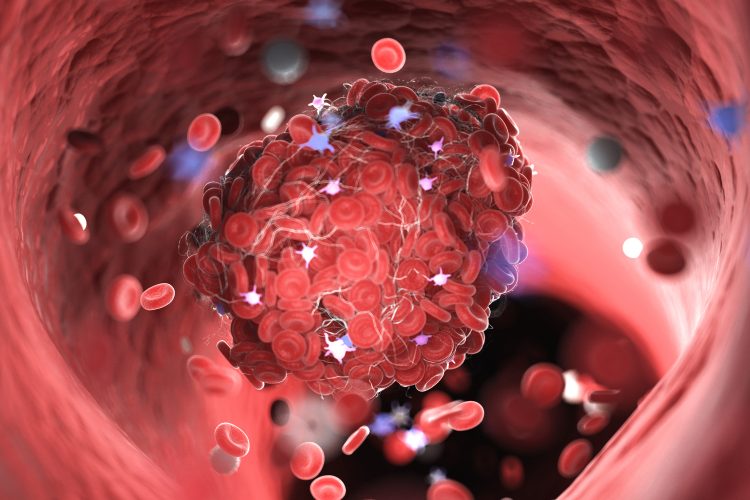 Researchers report that they have developed a new drug that could be administered as a preventative against heart attacks or strokes.

From Monash University, Australia, the scientists revealed the drug can block the changes in blood flow that preempt heart attacks and act on the platelets that prevent platelet-triggered clotting before it can kill or cause damage. The team emphasise that their drug could play a role in preventing the clotting that is a hallmark of COVID-19.

The researchers discovered the potential drug when they were investigating changes within platelets that occur around the time of a pathological setting, ie, a heart attack or stroke. They found an enzyme of interest, isolated the gene responsible and developed a mouse that was missing just that gene.

According to the team, they found that the mice were completely protected against heart attack. To understand why this was happening, they used electron microscopy to cut ultrathin ‘slices’ of the platelets from these mice, allowing them to see a slightly modified membrane, which appeared to prevent these platelets from attaching to each other or to blood vessel walls, the minute that there was a change in blood flow.

Cross-sectional image of a damaged blood vessel immediately prior to it triggering the formation of a thrombus (blood clot) inside [credit: (C) Justin Hamilton].

“It is this blood flow perturbation which is a hallmark and predictor of a heart attack,” said Associate Professor Justin Hamilton, from Monash University. “This enzyme allows the platelets to respond to this blood flow change and to ‘gear up’ their capacity to clot, causing an attack.”

Once the researchers were aware of the importance of the enzyme, they developed a drug that could shut this process down and successfully tested it in animal models and in laboratory models using human blood. They say this drug has the potential to be given to patients at risk of heart attack and stroke, to prevent blood clots forming when there is a risk of attack.

According to the team, the next step is to develop a more suitable drug candidate that could be taken into a clinical trial.

These same clots – targeted by the Monash drug – have recently been linked to COVID-19 as a key cause of death from the disease. Associate Professor Hamilton said that, while it is early days, “the possibility of using our newly developed anti-thrombotic to improve the treatment of COVID-19 patients is an appealing idea we would like to explore.”

The work was published in Science Translational Medicine.