In human cells, a drug candidate called PF-00835231 has demonstrated success at blocking the reproduction of SARS-CoV-2. 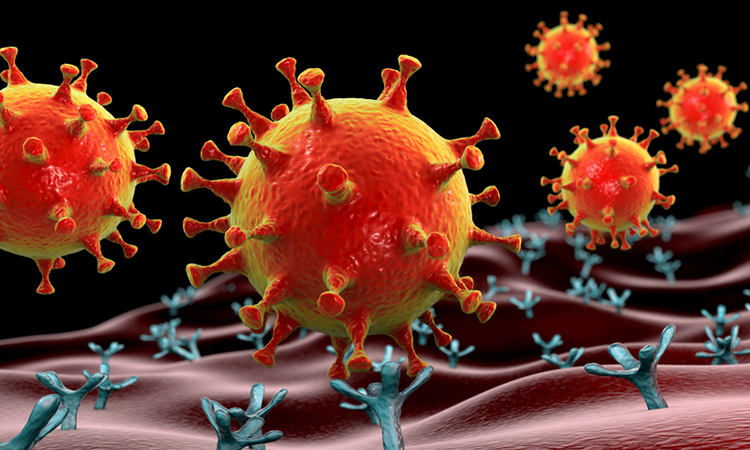 A study in human cells found that an antiviral drug candidate called PF-00835231 may be at least as potent as the drug remdesivir at blocking the reproduction of SARS-CoV-2, which causes COVID-19.

PF-00835231 was shown in preliminary research in cells – conducted by New York University Grossman School of Medicine, US, and Pfizer – to block the action of the viral enzyme 3CLpro (Mpro). This protease cuts up precursors into working proteins necessary for the reproduction of SARS-CoV-2.

The researchers say that remdesivir works differently; as a nucleoside analogue, it is woven into viral genetic material by the enzyme polymerase, which stops SARS-CoV-2 from copying itself inside human cells. Having been shown to reduce the length of hospital stays in patients with severe respiratory distress, remdesivir is currently the only antiviral drug authorised for emergency use against COVID-19.

The team used a technique called immunofluorescence to count using a microscope how many airway cells had been infected by SARS-CoV-2 in one model and how many new viral particles were shed by infected cells in another.

The new study found that, in one set of cell culture experiments, PF-00835231 was statistically more potent in blocking the replication of the pandemic virus (it took 3.3 times more remdesivir than PF-00835231 to fully suppress replication). In a second cell model (a three-dimensional reconstruction of the human airway), the researchers found that both treatments were equally effective at blocking viral replication.

The study results also demonstrated that PF-00835231 was effective at blocking SARS-CoV-2 replication in vitro at 10 to 100 times lower concentrations than other drugs targeting 3CLpro that are currently in development, say the researchers.

“Our study provides initial evidence that PF-00835231 is a potentially effective antiviral drug for COVID-19 and paves the way for further studies with this compound,” said corresponding study author Assistant Professor Meike Dittmann. “As the two compounds, PF-00835231 and remdesivir, appear to work differently, the hope is that their effects may be additive, shutting down the viral life cycle at more than one step like the drug cocktails designed over decades to counter HIV and the hepatitis C virus.”

The study was published in the pre-print server bioRxiv.