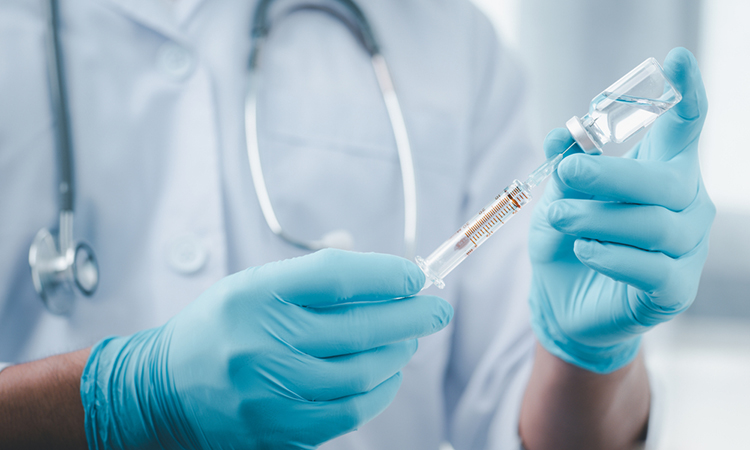 The team report they found a molecule that, when added to a vaccine, strengthens the immune response just as well as a commonly used adjuvant.

“Adjuvants generate a robust and long-lasting immune response, but the ones currently in use, like aluminium salts and oil-in-water emulsions, were developed in the 1920s and we do not precisely understand how they work,'” said iCeMS chemical biologist Motonari Uesugi, who led the study.

The new adjuvant was discovered by screening a library of 8,000 small molecules for their ability to self-assemble. Molecular self-assembly is the spontaneous self-organisation of molecules through non-electron-sharing bonds.

“We hypothesised that structures that come together through molecular self-assembly might mimic structures in pathogens, like viruses, stimulating a similar immune response,” said Uesugi.

The team found 116 molecules that can self-assemble and then screened them for the ability to increase interleukin-6 expression by macrophages, a type of immune cell. They also release proteins, such as interleukin-6, that activate other immune cells.

The researchers then conducted hit-to-lead studies on their compounds and discovered a molecule called cholicamide. This molecule self-assembled to form a virus-mimicking structure that is engulfed by macrophages and similar immune cells. The structures are transported into specialised vacuoles to combine with a specific receptor called toll-like receptor 7, which sparks a heightened immune response. Specifically, it leads to the release of immune-stimulating cues like interleukin-6.

Further investigations and comparisons demonstrated that cholicamide was just as potent in inducing an immune response as the adjuvant Alum when added to an influenza vaccine given to mice.

“Our study, to the best of our knowledge, is the first report of using a small molecule library for vaccine adjuvant discovery,” said Uesugi. “We hope the new approach paves the way for discovering and designing self-assembling small molecule adjuvants against pathogens, including emerging viruses.”

According to the researchers, further studies are needed to determine how cholicamide mimics the single RNA strands of viruses to activate toll-like receptor 7. They also want to understand how cholicamide binds to the receptor to elucidate the effects of this interaction.