Scientists who developed the E22W42 DC vaccine suggest it could be safer and more effective than previous anti-amyloid Alzheimer’s therapies. 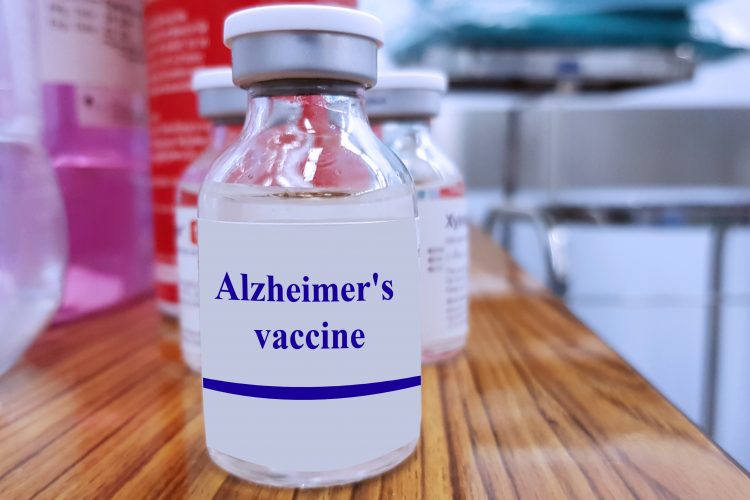 Researchers have developed an experimental vaccine to prime the immune system to recognise and destroy the amyloid-Beta (Aβ) deposits that are characteristic of Alzheimer’s disease (AD). As part of the vaccine development process, the team ensured that their product would not promote excess inflammation, which can drive AD pathology and cognitive decline, and has been a major limitation of previous Aβ targeting therapies.

As we age, the ability of our immune system to mount a well-regulated and useful immune response against pathogens deteriorates. This age-related immune decline makes vaccines less effective in people over 65 years old – a problem, since they are a vulnerable population that it is often desirable to target with vaccines. The dysregulation of the immune response has also been implicated in AD progression, where chronic neuroinflammation has been shown to promote cognitive decline and neurodegeneration.

Previous research has indicated that immunotherapies targeting the neurotoxic form of Aβ that forms plaques able to disrupt neuronal cell signalling may be capable of halting the progression of AD. Because of this work, researchers at the University of South Florida Health (USF Health) sought to overcome the challenges associated with age-related immune decline and excessive, unregulated inflammation to develop a therapeutic AD vaccine. The team was led by Dr Chuanhai Cao, principal investigator and a neuroscientist at the USF Health Taneja College of Pharmacy, USF Health Morsani College of Medicine and the university’s Byrd Alzheimer’s Center.

According to the team, all clinical trials testing anti-amyloid therapies for AD have so far failed, including the first vaccine targeting Aβ (AN-1792), the trial for which was suspended in 2002 after several immunised patients developed central nervous system inflammation. “Inflammation is a primary symptom of Alzheimer’s disease, so any possible treatment with neural inflammation as a side effect essentially pours gas on the fire,” Dr Cao said.

As a result, he said that a next-generation anti-amyloid vaccine would ideally produce long-lasting, moderate antibody levels to prevent Aβ oligomers from aggregating into plaques, without over-stimulating the immune systems of elderly people.

Their vaccine (E22W42 DC) contains dendritic cells presenting a modified Aβ peptide as an antigen. Dr Cao indicated that their vaccine should lead to a specific antibody response targeting Aβ, which they believe may be safer than previous drugs.

In preclinical testing in mice, they formulated the vaccine using modified Aβ-sensitised dendritic cells derived from mouse bone marrow. Dendritic cells interact with other immune cells to help regulate immunity, including suppressing harmful responses against healthy tissues. According to Dr Cao, using dendritic cells to drive antibody production enables the vaccine to coordinate both innate and acquired immunity which may enable the product to “overcome age-related impairments of the immune system”.

The study included three groups of transgenic (APP/PS1) mice genetically engineered to develop high levels of Aβ and behavioural/cognitive abnormalities that mimic human AD. One group was vaccinated with the E22W42 DC vaccine; another received an endogenous Aβ peptide to stimulate dendritic cells (wild-type vaccine group); and the third was injected with dendritic cells that do not contain Aβ peptide (DC control group). A fourth group was comprised of untreated healthy, older mice (non-transgenic control group).

“Though the E22W42-sensitised DC vaccine is being developed for patients with Alzheimer’s disease, it can potentially help strengthen the immune system of elderly patients (with other age-related disorders) as well,” the authors concluded.

The paper was published in Journal of Alzheimer’s Disease.