The synthetic protein nanoparticle can cross the blood-brain barrier and deliver a targeted therapeutic to glioblastoma cells, say researchers. 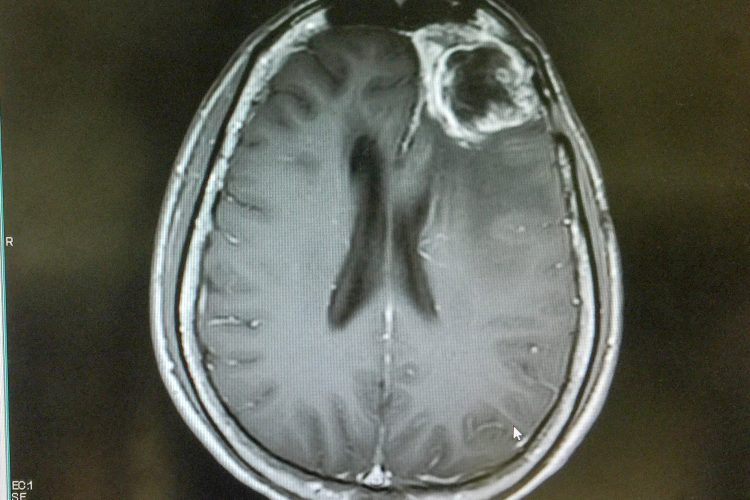 Researchers have created a synthetic protein nanoparticle based on human serum albumin (HSA) that is able to cross the blood-brain barrier to deliver a cancer therapeutic directly to glioblastoma cells.

This barrier plays a key role in maintaining neural function, as it prevents toxins and infectious agents entering the brain. Formed of endothelial cells with tight junctions between, the barrier leverages selective transporters to strictly control what enters the brain. Unfortunately in the case of brain cancer, these properties prevent many drugs from entering the brain tissue to treat tumours.

To develop a glioblastoma therapy that is able to cross the blood-brain barrier, researchers from the University of Michigan looked to HSA, one of the few molecules that can cross the barrier. Researchers led by Maria Castro, the R.C. Schneider Collegiate Professor of Neurosurgery and a co-senior author of the study, had already decided their nanoparticle would target a factor called Signal Transducer and Activation of Transcription 3 (STAT3). STAT3 is used by cancer cells as a signal to silence the immune system, allowing them safe passage in the brain. Using HSA as a structural building block Joerg Lahann, the Wolfgang Pauli Collegiate Professor of Chemical Engineering and a co-senior author of the study, and colleagues attached a STAT3 inhibitor and a peptide called iRGD, which serves as a tumour homing device, to create the final synthetic protein nanoparticle.

In their study published in Nature Communications the researchers tested the nanoparticle in combination with the current standard of care for glioblastoma: focused radiotherapy. The paper states that seven of the eight mice given this combination reached long-term survival and appeared completely tumour-free, with no signs of malignant tumour cells.

Additionally, the team reported that this treatment combination not only eradicated the primary tumour, but also resulted in immunological memory; when the mice experienced a recurrence of glioblastoma their immune systems responded, attacking the cells to prevent their regrowth, without any additional therapeutic drugs or other clinical treatments.

“It’s still a bit of a miracle to us,” said Lahann. “Where we would expect to see some levels of tumour growth, they just did not form when we rechallenged the mice. I have worked in this field for more than 10 years and have not seen anything like this.”

“This is a huge step toward clinical implementation,” said Castro. “This is the first study to demonstrate the ability to deliver therapeutic drugs systemically, or intravenously, that can also cross the blood-brain barrier to reach tumours.”

The researchers concluded that their synthetic protein nanoparticles could be developed to deliver other small-molecule drugs and therapies to other currently “undruggable” solid-based tumours.