Researchers have found that neutralising antibodies for the TNF-alpha and IFN-gamma cytokines can prevent death from SARS-CoV-2 in mice. 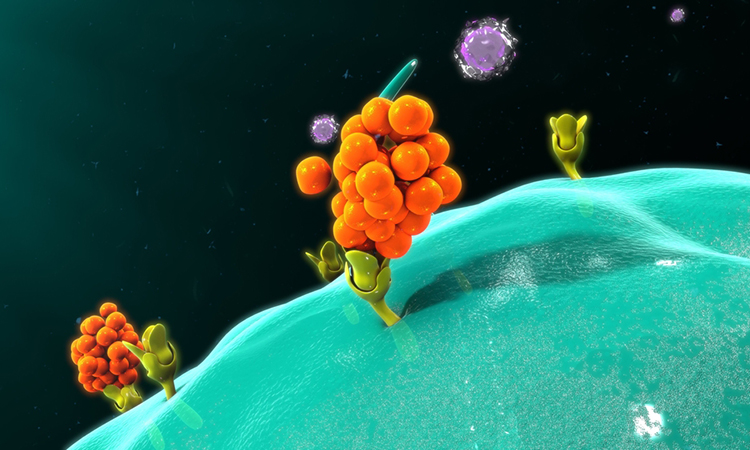 Scientists have discovered a potential strategy to prevent life-threatening inflammation, lung damage and organ failure in patients with COVID-19. The study was conducted at St Jude Children’s Research Hospital, US.

The scientists identified the drugs after finding that the hyperinflammatory immune response associated with COVID-19 leads to tissue damage and multi-organ failure in mice by triggering inflammatory cell death pathways.

“Understanding the pathways and mechanism driving this inflammation is critical to develop effective treatment strategies,” said corresponding author Dr Thirumala-Devi Kanneganti. “This research provides that understanding. We also identified the specific cytokines that activate inflammatory cell death pathways and have considerable potential for treatment of COVID-19 and other highly fatal diseases, including sepsis.”

According to the researchers, infection from SARS-CoV-2, the virus causing the COVID-19 pandemic, is marked by increased blood levels of multiple cytokines. These small proteins are secreted primarily by immune cells to ensure a rapid response to restrict the virus, but some cytokines also trigger inflammation. However, the specific pathways that initiate the cytokine storm and the subsequent inflammation, lung damage and organ failure in COVID-19 and the other disorders was unclear. The cellular and molecular mechanisms that comprehensively define cytokine storm was also lacking.

Kanneganti’s team focused on a select set of the most elevated cytokines in COVID-19 patients. The scientists showed that no single cytokine induced cell death in innate immune cells. The investigators then tried 28 cytokine combinations and found just one duo that, working together, induced a form of inflammatory cell death previously described by Kanneganti as PANoptosis – a unique type of cell death that features co-ordination of three different cell death pathways – pyroptosis, apoptosis and necroptosis. PANoptosis fuels inflammation through cell death, resulting in the release of more cytokines and inflammatory molecules. The researchers reveal that the cytokine duo are tumour necrosis factor (TNF)-alpha and interferon (IFN)-gamma.

The investigators showed that blocking individual cell death pathways was ineffective in stopping cell death caused by TNF-alpha and IFN-gamma. A closer look at proteins that make up the pathways revealed several, including caspase-8 and STAT1, that were essential for PANoptosis in response to these cytokines. The researchers found that deleting those proteins blocked PANoptosis in innate immune cells called macrophages.

According to the researchers, neutralising antibodies against TNF-alpha and IFN-gamma are currently used to treat inflammatory diseases in the clinic. The investigators found that treatment with these antibodies protected mice from death associated with SARS-CoV-2 infection, sepsis, haemophagocytic lymphohistiocytosis (HLH) and cytokine shock.

“The findings link inflammatory cell death induced by TNF-alpha and IFN-gamma to COVID-19,” Kanneganti said. “The results also suggest that therapies that target this cytokine combination are candidates for rapid clinical trials for treatment of not only COVID-19, but several other often fatal disorders associated with cytokine storm.”

Based on this research, Kanneganti and her colleagues have proposed a definition of cytokine storm that puts the cytokine-mediated inflammatory cell death via PANoptosis at the centre of the process. The researchers noted that PANoptosis results in the release of more cytokines and inflammatory molecules, which intensifies systemic inflammation.

“We have solved a major piece of the cytokine storm mystery by characterising critical factors responsible for initiating this process and thereby identifying a unique combination therapy using existing drugs that can be applied in the clinic to save lives,” Kanneganti said.

The research appeared in Cell.