Research suggests heparin could be repurposed for COVID-19 because it can bind to the SARS-CoV-2 Spike protein and prevent the virus from infecting cells in vitro. 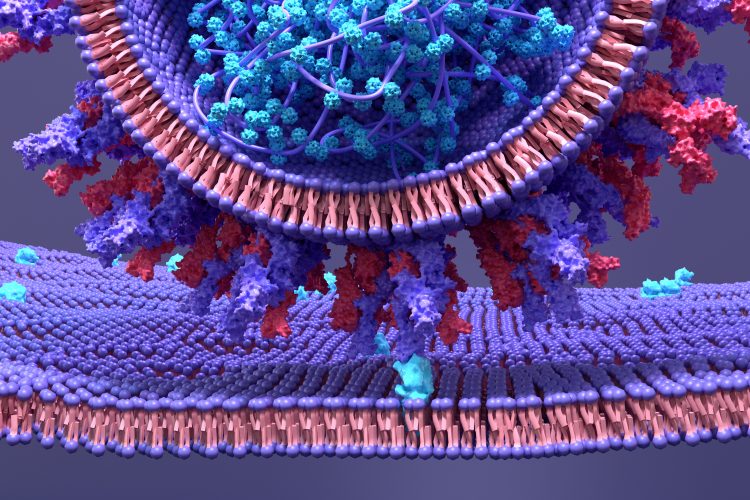 An international research collaboration has demonstrated that the anticoagulant heparin binds to the SARS-CoV-2 Spike (S) protein, reducing the virus’ ability to attach to human cells and infect them.

According to the team, led by the UK’s Universities of Liverpool and Keele, when heparin binds, it destabilises the structure of the S protein Receptor Binding Domains (RBDs), preventing it from docking with the angiotensin-converting enzyme 2 (ACE2) receptor on human cells.

In addition, studies with live SARS-CoV-2 virus, carried out at Public Health England (PHE)’s Porton Down laboratory, showed that unfractionated heparin (but not low molecular weight heparins) could inhibit cell infectivity at doses similar to those currently used in clinical settings as an anticoagulant. In these in vitro studies, heparin reduced the SARS-CoV-2 invasion rate by 80 percent.

According to the team, their data strongly supports the clinical testing of inhaled (nebulised) unfractionated heparin, as the dose being delivered directly to the lungs would have very strong anti-viral effects.

Professor Jeremy Turnbull from the Department of Biochemistry and Systems Biology at the University of Liverpool said: “This is exciting news since heparin could be rapidly repurposed to help alleviate COVID-19 infections, or possibly as a prophylactic treatment for high-risk groups such as medical staff or care workers. The results have also led us to investigate other novel compounds which mimic heparin that could potentially be effective against SARS-CoV-2.”

Dr Mark Skidmore from the School of Life Sciences at Keele University, who co-led the research, added: “We also know that heparins inhibit a range of other viruses, so studying these drugs could provide new therapeutic strategies and possibly a first-line of defence against emerging viral threats in the future, for example while vaccines are developed.”

Further work is now underway to explore the potential of heparin and heparin-mimicking compounds as potential broad-spectrum antiviral drugs for COVID-19 and other emerging viral threats, including over coronaviruses.

The study was published in the British Journal of Pharmacology and Thrombosis and Haemostasis.