A study has shown that 88 percent of people infected by COVID-19 were able to produce SARS-CoV-2 antibodies after six months. 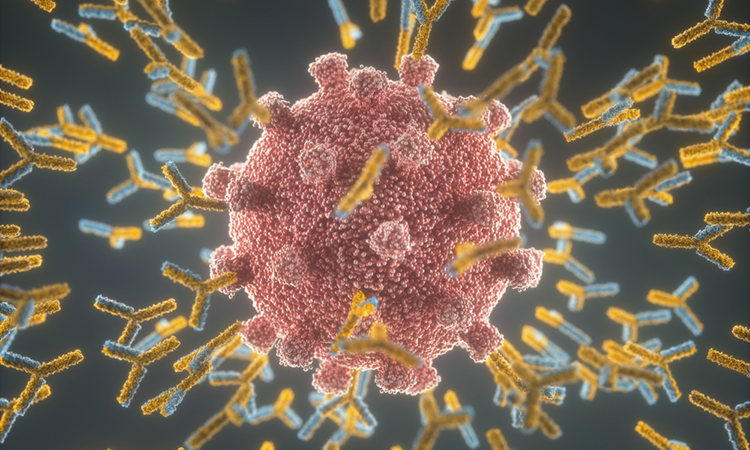 A new study has found that 99 percent of people infected by COVID-19 retained antibodies to SARS-CoV-2 for three months after being infected and 88 percent did so for six months after infection.

Further findings from UK Biobank showed that 8.8 percent of the UK population had been infected with COVID-19 by December 2020, rising as high as 12.4 percent in London and as low as 5.5 percent in Scotland.

According to the researchers, this discovery provides an early indication that the antibodies produced following natural infection and potentially following vaccination, may protect most people against subsequent infection for at least six months.

From the end of May 2020 to the beginning of December 2020, UK Biobank collected monthly blood samples and data on potential symptoms from 20,200 participants and their adult children and grandchildren.

The study also revealed that the most common symptom associated with having antibodies to SARS-CoV-2 was a loss of sense of taste and smell, which was reported by 43 percent of sero-positive participants.

The data will be added to the UK Biobank database and research resource, enabling scientists globally to conduct further research into how SARS-CoV-2 infection affects health over the longer-term.

“This important study has revealed that the vast majority of people retain detectable antibodies for at least six months after infection with the coronavirus. Although we cannot be certain how this relates to immunity, the results suggest that people may be protected against subsequent infection for at least six months following natural infection and potentially vaccination. More prolonged follow-up will allow us to determine how long such protection is likely to last,” said Professor Naomi Allen, UK Biobank Chief Scientist.

“These latest results provide useful confirmation of the maintenance of antibodies to SARS-CoV-2 over six months. Having the results of the study available within UK Biobank’s rich resource will allow further understanding of the disease impact over time,” said Sir Patrick Vallance, UK Government Chief Scientific Adviser.