A breaking discovery has revealed the gene HSD3B1 that regulates the production of sex hormones is linked to atopic dermatitis (AD). 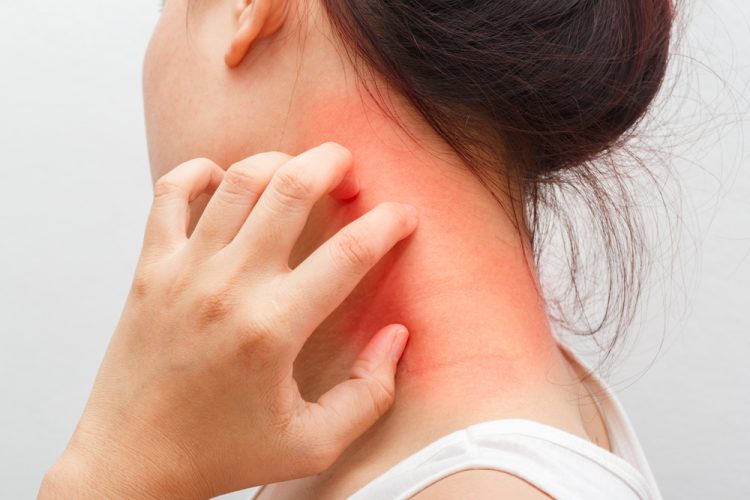 Researchers at the University of Texas (UT) Southwestern, US, have revealed that the gene HSD3B1, which is known to regulate sex hormones such as testosterone and progesterone, could be a drug target against atopic dermatitis (AD).

Previous research has linked AD to overactivity in genes responsible for the production of two inflammatory immune molecules, interleukins 4 and 13 (IL-4 and IL-13). A relatively new drug called dupilumab – a monoclonal antibody that reduces the amount of the inflammatory molecules – has been extremely effective in many patients with moderate to severe AD. However, the molecular mechanisms behind how IL-4 and IL-13 contribute to this form of eczema was unknown.

To investigate this question, the team focused on sebocytes, the cells that make up sebaceous glands. These glands produce an oily, waxy barrier that coats the skin, helping it retain moisture. The researchers dosed human sebocytes growing in petri dishes with IL-4 and IL-13, then used a technique called RNA sequencing to get a readout on gene activity for the entire genome and compared it with gene activity in sebocytes that were not treated with these immune molecules.

They found that a gene called HSD3B1, which makes an enzyme called 3b-hydroxysteroid dehydrogenase 1, became up to 60 times more active when exposed to the two interleukins. According to corresponding author Dr Tamia Harris-Tryon, the finding was a surprise as this enzyme is well known for playing a key role in the production of sex hormones such as testosterone and progesterone, but it had never been linked to atopic dermatitis and skin lipid production.

Databases of human gene activity showed that HSD3B1 tends to be overactive in patients with eczema. A single study of patients on dupilumab showed that this drug appears to lower HSD3B1’s activity. Both pieces of evidence suggest that IL-4 and IL-13 drive up the activity of this gene.

To determine how this gene affects sebum output, the researchers then manipulated HSD3B1’s activity in sebocytes growing in petri dishes. They discovered that when they made this gene less active, the levels of sex hormones decreased and skin sebum production increased. The reverse was also true, with more gene activity leading to higher amounts of sex hormones and less sebum. The team made similar findings in a mouse model of AD, with sex hormone production decreasing the production of skin lipids.

These findings suggest that HSD3B1 could be a new target for fighting AD and potentially other forms of eczema. “Changing the output of this gene could eventually offer a way to treat AD that is completely different from any treatment that currently exists,” Harris-Tryon added.