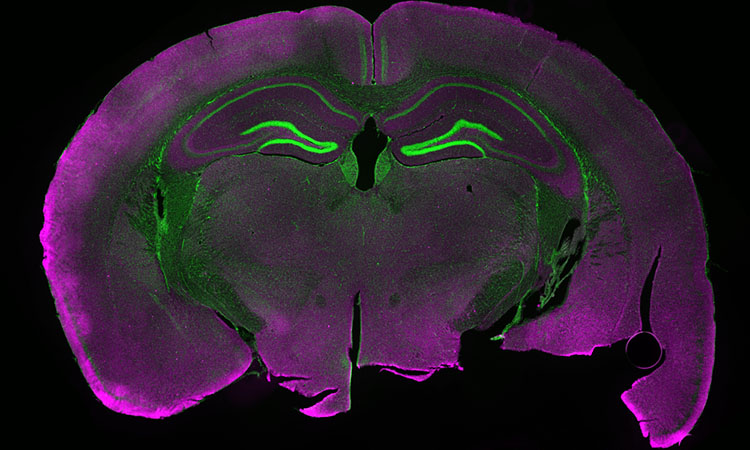 Dr JoAnn Buchanan, a scientist at the Allen Institute, US, has scanned through the branching three-dimensional shapes of mouse brain cells on her computer, and discovered a kind of brain cell she wasn’t familiar with.

“These brain cells, smaller than neurons but just as complex, are known as oligodendrocyte precursor cells (OPCs). I saw something in them which had never been seen before,” Buchanan said.

Her findings, published in Proceedings of the National Academy of Sciences, showed that the OPCs were biting off and swallowing tiny bits of neighbouring neurons. It is called synaptic pruning and happens mainly during our brains’ early development. As neurons form new connections and lose old ones, other cells in the brain clean up and dispose of the physical machinery from the unwanted connections.

OPCs are known to give rise to another kind of brain cell known as oligodendrocytes, which form thick, white insulation around bundles of nerves. That myelin, makes up the brain’s “white matter” and is also the key brain structure to succumb to damage in the autoimmune disease multiple sclerosis.

It is suspected that OPCs do something else besides generate these insulating brain cells, because there are so many of them in the brain. The Allen Institute team’s findings point to another possible role for these cells.

Their discovery came about thanks to a massive dataset Buchanan helped create, a collection of the detailed 3D shapes of the nearly 200,000 brain cells present in a grain-of-sand-sized piece of a mouse brain.

That dataset was generated using an electron microscope, which captured images by bombarding a slice of brain with a beam of focused electrons. The kind of electron microscopes used at the Allen Institute, passed a beam of electrons through a thin slice of material; the piece of mouse brain was sliced into 25,000 incredibly thin slices before the team of researchers imaged it.

The electron microscope is large enough to capture complex, branching neurons and other brain cells in their entirety and in relationship with neighbouring cells. For the discoveries Buchanan made about OPCs, the dataset has been computationally stitched together from its original super-thin slices into 3D visualizations of entire cells.

The project took five years and many teams of scientists to collaborate, between the Allen Institute, Baylor College of Medicine, and Princeton University, all US, which generated the computational 3D models that allow for such in-depth exploration.

Now, scientists at all three organisations are gleaning insights from the huge, 3D dataset. The Allen Institute team has mainly focused on the structures of mouse neurons, which make up slightly less than half of the cells in the dataset, said Dr Nuno Maçarico da Costa, Associate Investigator at the Allen Institute for Brain Science. But there is much more to study in the data than the neurons — like OPCs.