A star-shaped molecule along with a modified platinum drug have demonstrated success at combatting tumours with few toxic effects in mice. 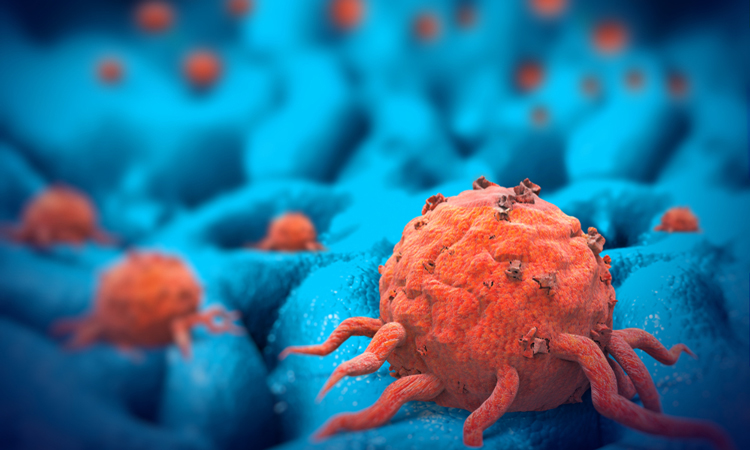 Researchers have identified a drug candidate that effectively stopped tumour growth in mice and did so with fewer toxic side effects than commonly used chemotherapy drugs.

“As a cancer researcher and cancer survivor, I’m excited by the fact that our compound shows promise for platinum resistant ovarian cancer and platinum resistant colon cancer, both of which have poor prognoses,” said Professor Jonathan Sessler, co-principal investigator on the project.

The drug candidate, called OxaliTEX, is made of two parts: a star-shaped molecule called texaphyrin that acts like a kind of delivery vehicle and a modified version of a platinum drug that acts like a toxic package for cancer cells.

The texaphyrin molecule is designed to be more easily absorbed by cancerous cells than healthy human cells, reducing the drug’s side effects. It also has modifications that make it harder for cancerous cells to develop resistance. 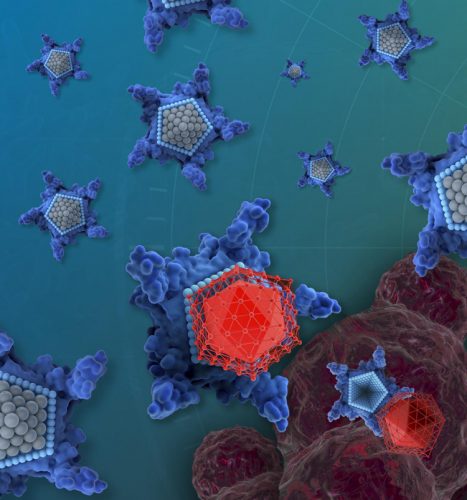 The drug candidate, called OxaliTEX, is made of two parts: a star-shaped molecule (blue) called texaphyrin that acts like a kind of delivery truck and a modified version of a platinum drug (red) that acts like a toxic package for cancer cells (credit: iQ Group Global).

The researchers compared the relative effectiveness of the new drug candidate OxaliTEX and carboplatin, a platinum drug approved by the US Food and Drug Administration (FDA) which is commonly used to treat ovarian cancer, on mice that were carrying tumours. The mice that received carboplatin did not have a reduction in tumour growth.

“We hope that with optimised dosing, we might be able to wipe out these tumours entirely,” said Jonathan Arambula, Vice President for research at OncoTEX.

The researchers also compared relative toxic side effects in mice between the new drug candidate OxaliTEX and oxaliplatin, an FDA-approved platinum drug used to treat colorectal and other cancers; they found OxaliTEX had much lower toxicity.

Next, the researchers plan to conduct more extensive toxicology studies and assuming those go well, hope to start a Phase I human clinical trial within two years.

The results were published in Proceedings of the National Academy of Sciences.