Epigenetic marks could be the target of future Alzheimer’s therapies

New findings suggest that late-onset Alzheimer’s Disease (AD) is driven by epigenetic changes in the brain. 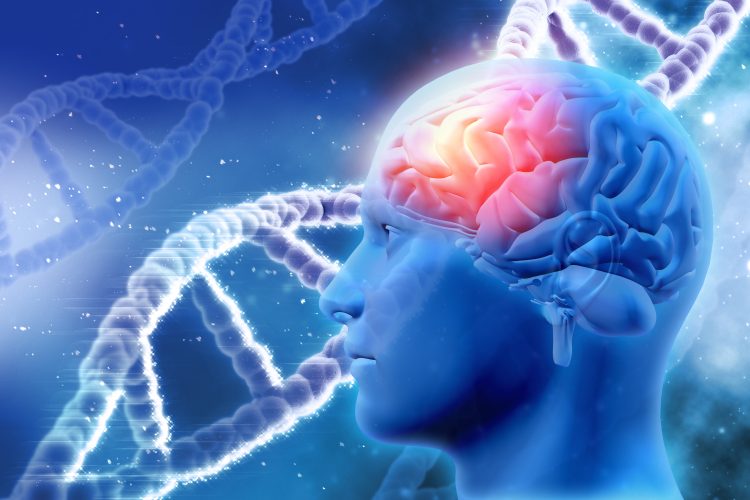 Researchers used post-mortem brain tissue to compare healthy younger and older brain cells to those with AD. The scientists found evidence that epigenetic regulators disable protective pathways and enable pro-disease pathways in those with the disease.

“The last five years have seen great efforts to develop therapeutics to treat Alzheimer’s disease, but sadly, they have failed in the clinic to treat humans suffering from this horrible disease,” said Dr Shelley Berger, a leader of the study and professor of Genetics, Biology and Cell and Developmental Biology and Director of the Epigenetics Institute, at the University of Pennsylvania Perelman School of Medicine, US. “We are trying a completely different approach to reveal the critical changes in brain cells and our findings show epigenetic changes are driving disease.”

The literal translation of epigenetics is ‘on top of genetics’. Epigenetic changes regulate gene expression by adding and removing temporary marks to alter how DNA is packaged by histones. “The activity of epigenetic regulators can be inhibited by drugs and hence we are excited that this may be an Achilles’ heel of Alzheimer’s that can be attacked by new therapeutics,” said Berger.

In their study, the researchers integrated large-scale RNA, protein and epigenomic analytical techniques to interrogate the molecular pathways of AD in post-mortem human brain tissue. They found that transcription- and chromatin-related genes were upregulated in Alzheimer’s; including marks that open up the chromatin (acetylation of lysine 27 and 9 on histone H3 [H3K27ac and H3K9ac, respectively]), these were also shown to be enriched in AD in a proteomic screen. When tested in a Drosophila fly model, increasing H3K27ac and H3K9ac exacerbated AD associated effects.

“Based on our findings, there is a reconfiguration of the epigenomic landscape – that is the DNA genome plus associated proteins – normally with age in the brain,” explained Dr Nancy Bonini, one of the research leaders and a professor of Biology and Cell and Developmental Biology at the Perelman School of Medicine. “These changes fail to occur in Alzheimer’s and instead other changes occur. What is remarkable is that the simple fruit fly Drosophila, in which we can express Alzheimer’s associated proteins and confer an Alzheimer’s effect, confirms that the specific types of changes to the epigenome we predict are associated with Alzheimer’s do exaggerate the toxicity of Alzheimer’s proteins.”

According to the team, these findings suggest that AD involves a reconfiguration of the epigenomic landscape, with the marks H3K27ac and H3K9ac affecting disease pathways by disrupting transcription- and chromatin-gene feedback loops. Therefore, modulating these marks could be a strategy for early-stage disease treatment.

This research built on a study the team published in 2018, where they compared the epigenomic landscape of AD to both younger and elderly cognitively normal control subjects. In this paper the team described the genome-wide enrichment of another acetylation mark: acetylation of lysine 16 on histone H4 (H4K16ac). H4K16ac is a key modification in human health because it regulates cellular responses to stress and DNA damage. According to the researchers, while normal aging leads to increasing H4K16ac in new positions along the genome and an increase in where it is already present, AD entails losses of H4K16ac in the proximity of genes linked to aging and disease.

“We found in the previous study that certain acetylation marks protect the brain during normal aging, whereas, strikingly, in our new study, we found that other acetylation marks drive disease. The next step is to identify mechanisms underlying the protective and degradative pathways, which will lead to a more targeted approach for Alzheimer’s Disease therapy,” said another leader of the research, Dr Raffaella Nativio, a former research associate of Epigenetics at the Perelman School of Medicine.

The paper was published in Nature Genetics.