Refreshing how we approach neuroscience with a novel screening technology 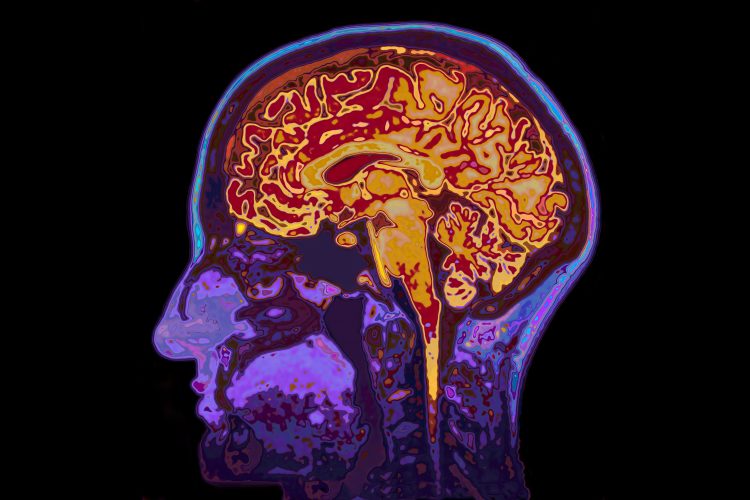 “We need to have a more innovative approach to neuroscience; the pharmaceutical industry has been fixated too long on a handful of targets for serious neurodegenerative diseases and psychiatric disorders, we now need to push past the investment risks and pursue novel approaches to treating these conditions,” according to Brad Margus, Chief Executive Officer (CEO) of Cerevance.

Neurodegenerative diseases and psychiatric disorders have always been difficult to study, purely because of the scale and complexity of the systems involved and their vast connectivity. In order to advance our understanding of neuroscience, more accurate neurological models are under development. Drug Target Review’s Hannah Balfour spoke with Margus to find out how post-mortem brain tissue can be leveraged to study the brain in health and disease.

Cerevance has recently developed the Nuclear Enriched Transcript Sort sequencing (NETSseq) system, which enables researchers to explore the genetic and molecular composition of specific cell types within human brain tissue. It uses antibodies to target and identify nuclear, endoplasmic reticulum and membrane proteins alongside specific RNA probes to tag cell-type-specific transcripts so their nuclei can be identified, sorted and analysed.

Why is it that some cells are so much more vulnerable while others are so resilient? NETSseq has already started to reveal that”

Margus said: “While previously established single-cell analysis techniques have been useful to discover cell type markers, they only reveal the genes that are most highly expressed in a cell type. This is useful if you want to know which genes are most highly expressed, but if you are trying to identify targets you need to know which genes are selectively expressed at all levels by specific cell types.” This is where the NETSseq technology is innovative, according to Margus, because the system is designed to detect selective targets that can be used to inform drug design.

Once the system was designed, researchers at the company began to use it to analyse samples of post-mortem brain tissue. Margus revealed: “We have begun working with 14 brain banks around the world to build a collection of tissue samples. Today we have over 7,000 post-mortem human brain tissue samples from people who died and donated their brains, ranging from age eight to 97. These samples are from both healthy people and those who had serious diseases like Alzheimer’s, Parkinson’s and ALS (amyotrophic lateral sclerosis). We are now able to profile all those tissues and see on a large-scale what changes occur to cell types when they age or become diseased. The system is also sensitive enough to enable us to distinguish and compare subpopulations of the same cell type in different areas of the brain.” 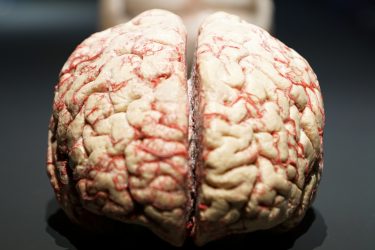 For instance, Margus explained that NETSseq had been leveraged in studying microglia. He said that where researchers typically regard them as uniform and not overly diverse, “the system showed that the microglia around the areas that die in Alzheimer’s disease patients have very different gene expression patterns to the same cell types in other parts of the brain.”

Using the NETSseq technology, the team identified selectively expressed drug targets and have thus far begun developing six therapeutics which are currently undergoing pre-clinical testing. One of these leads selectively targets the subpopulation of microglia that surround areas of the brain that die due to Alzheimer’s, as mentioned above. According to Margus, when this particular target is inhibited, it dampens the inflammatory response in only the specific subpopulation of microglia, which has been proven both in vivo and in vitro, in animal models and cell cultures.

Margus stated: “This selectivity is really important for next generation therapeutics, as most scientists now believe that there are a lot of different causes for neurodegenerative diseases, but in every case, a kind of overreaction of the inflammatory response exacerbates it. Our hope is that if you could somehow dampen or block some of the inflammatory responses of the brain very precisely, we may help patients live longer or deteriorate more slowly.”

When speaking to DTR, Margus explained: “Historically, people have tried to investigate neuroscience with animal models like mice, which has been very valuable for understanding basic functions and biology. However, now that the field is focused on understanding and identifying targets for late-onset neurodegenerative diseases like Alzheimer’s and Parkinson’s disease, which strike people when they are 70 or 80 years old, a mouse model does not have an adequate lifespan. Nor does it have the cognitive capabilities to recapitulate human diseases like Alzheimer’s or complex psychiatric conditions.” 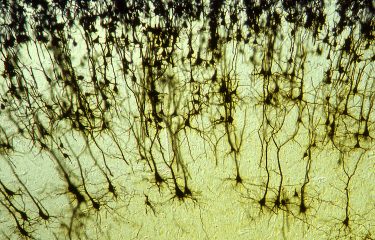 Pyramidal nerve cells of the brain.

“As a result, neuroscientists have been eager to find new ways to study human tissues. These approaches include differentiating stem cells into immature neurons ex vivo, but again while they aid our understanding of basic biology, it is very artificial and not an accurate model of what is happening in a human brain.

“This led researchers to using post-mortem human brain tissues, as we have, but they just plucked off one cell at a time and completed single-cell analysis, where the RNA of a cell is removed and sequenced. This can be done again and again for hundreds or even thousands of cells, but you just cannot get the depth that you need to identify targets, as it still misses genes expressed at lower levels. This is what we know NETSseq can do.”

Margus also revealed that NETSseq is enabling researchers to explore circuit disorders, which single-cell analysis has been unable to recapitulate: “While we do not know what causes them, we do know that certain areas of the brain and certain cell populations are overactive or underactive. Deep brain stimulation has demonstrated that, if you change the activity of specific regions, you can really improve quality of life for patients. We believe our platform can reveal targets that would allow us to very precisely correct disrupted circuits pharmacologically.”

The team also hopes to explore what makes certain cell populations vulnerable to genetic mutations that are present in many cell types, or even throughout the body: “While we may know the genetic cause of neurodegeneration in some diseases, what is remarkable is that the disrupted gene may be expressed everywhere in the body, but not every tissue is affected. Why is it that some cells are so much more vulnerable while others are so resilient? NETSseq has already started to reveal that, in some cell types, it is the other pathways that respond to that effect that are different and that represents an area where pharmaceuticals could intervene.”

Margus summarised that their new technology has several advantages over previous methods for identifying targets for neurodegenerative, circuit and psychiatric disorders, namely its ability to elucidate selective targets and provide understanding for multicellular disorders. The result is a system that uses samples that closely recapitulate complex human disorders and has already begun to identify promising novel targets for some of the most prevalent disorders.