Scientists have gained deeper knowledge about the mislocalisation of a protein, providing a possible therapeutic target that could have implications in treating dementia. 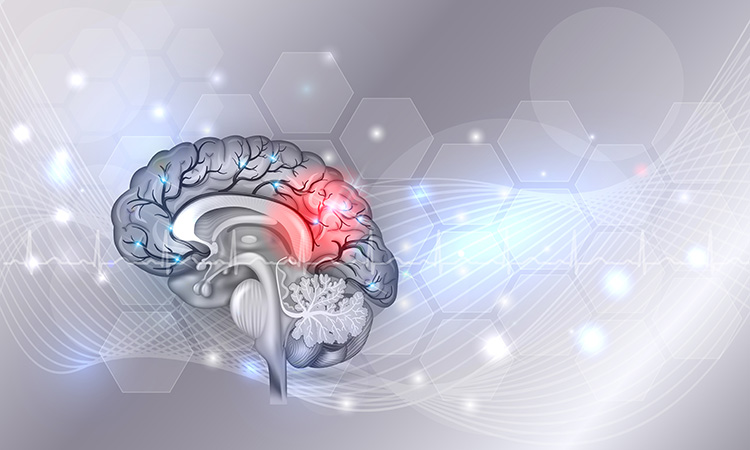 A study recently published in Nature highlights how scientists from two independent research teams have discovered how the mislocalisation of a protein, known as TDP-43, alters the genetic instructions for UNC13A. According to the researchers, this discovery could provide a possible therapeutic target for amyotrophic lateral sclerosis (ALS), frontotemporal dementia (FTD) and other forms of dementia. ALS and FTD are two neurodegenerative disorders in which many cases are linked by mislocalisation of TDP-43, where instead of being primarily located in the nucleus of the cell where genes are activated, it forms aggregates outside the nucleus in multiple neurodegenerative diseases. Rare mutations in the TDP-43 gene are known to cause ALS, but the majority of ALS cases show mislocalisation of TDP-43.

One study, by the US National Institutes of Health’s NINDS and University College London Queen Square Motor Neuron Disease Centre, UK initially looked at lab-grown neurons derived from human induced pluripotent stem cells (iPSCs). Using powerful genetic tools, the researchers created neurons that made less TDP-43 protein than normal, which resulted in the appearance of abnormal mRNA sequences inserted into the instructions used to make several other proteins. These abnormally inserted sequences, called cryptic exons, can result in a defective protein, or even prevent the protein from being made at all.

The UNC13A gene is important for maintaining the connections between neurons and has been shown to be a risk factor for both ALS and FTD. UNC13A is also one of the mRNA sequences that contained cryptic exons when TDP-43 was reduced and cryptic exons were also seen in neurons taken from post-mortem tissue of ALS and FTD patients. These findings link a well-established risk factor for ALS and FTD with the loss of TDP-43.

Stanford University, along with the Mayo Clinic, both US, were also looking at the effects caused by a loss of TDP-43 as they pertained to FTD and ALS. They first analysed existing datasets in which post-mortem neurons from patients with FTD or ALS were sorted based on whether their nucleus contained TDP-43. When genes were compared between neurons with and without TDP-43, UNC13A again emerged as one that was significantly affected by TDP-43 loss. Knocking down TDP-43 in otherwise healthy cells also introduced cryptic exons into the UNC13A gene, suggesting that this is a direct effect on the gene itself. They also show that the genetic code differences in the variants of UNC13A that are associated with FTD and ALS occur where the cryptic exon is located. It is known that mislocalisation of TDP-43 similarly causes cryptic exon splicing into another gene that encodes the protein stathmin 2, which is depleted in the motor neuron and implicated in neurodegeneration. Both studies suggest that developing means to increase the levels of UNC13A or stathmin 2 may be effective in preventing the death of neurons in these tragic neurodegenerative disorders.

The researchers highlight that TDP-43 mislocalisation is seen in other degenerative diseases, including Alzheimer’s disease, chronic traumatic encephalopathy (CTE), limbic predominant, age-related TDP-43 encephalopathy (LATE) and inclusion body myopathy, suggesting that these findings could be extended to those conditions as well.