Researchers have discovered that patients with alcoholic hepatitis had high numbers of a destructive gut bacterium and they were able to use a cocktail of phages to target and kill the bacteria, eradicating the disease. 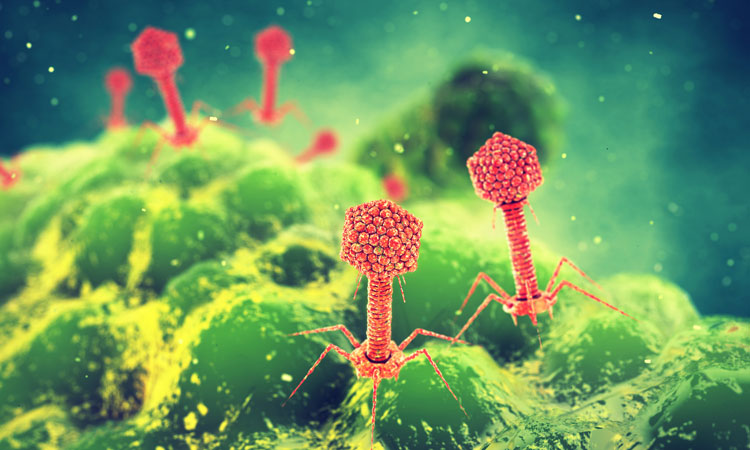 The team of researchers, including those from King’s College London and the University of California San Diego School of Medicine, discovered that patients with severe alcoholic hepatitis had high numbers of a destructive gut bacterium and that they were able to use a precise cocktail of phages to target and kill the bacteria, eradicating the disease.

They found that with this disease, liver cells are injured by a toxin called cytolysin, secreted by Enterococcus faecalis and people with alcoholic hepatitis have more cytolysin-producing E. faecalis in their guts than healthy people. The more E. faecalis present, the more severe their liver disease.

The researchers then isolated four different phages that specifically target cytolysin-producing E. faecalis. When they treated the mice with these, the bacteria were eradicated, and alcohol-induced liver disease was abolished.

“This ground-breaking study has evaluated the potential role of bacteriophages – viruses that specifically kill populations of bacteria in the gut – to beneficially change the gut microbiome in alcohol-related disease,” said Professor Debbie Shawcross, Professor of Hepatology and Chronic Liver Failure at King’s College London. “The study team has shown that bacteriophages can specifically target cytolytic E. faecalis, providing a method to precisely edit the gut microbiome and offering new treatment for patients with severe alcoholic hepatitis.

“This novel approach now needs to be expanded to be tested in human clinical trials.”