International collaboration has shown that compounds with metals in them show antibacterial activity against MRSA, E. coli and A. baumannii. 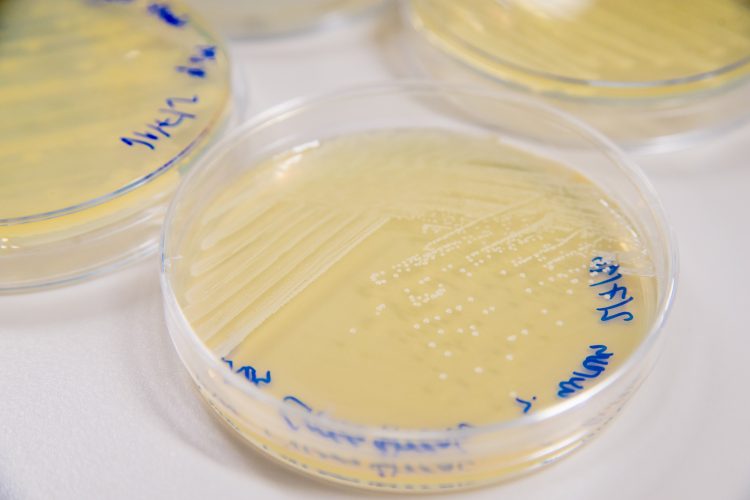 Researchers have discovered 23 previously unexplored compounds with antibacterial and antifungal activity. The molecules all contain metal complexes made of silver, manganese, zinc, ruthenium or iridium, suggesting metals may be the key to novel antibacterials.

The study was led by University of Queensland (UQ), Australia, researchers Dr Mark Blaskovich, Dr Angelo Frei and Dr Johannes Zuegg from UQ’s Centre for Superbug Solutions at the Institute for Molecular Bioscience.

“This is promising research because the scientific community is struggling to keep up with the pace of bacterial resistance,” said Dr Blaskovich. “There are around 40 new antibiotics in clinical trials, which sounds encouraging, until you compare this to the more than 1,000 medicines and vaccines in clinical trials for cancer treatments.” His colleague Dr Frei explained that almost 75 percent of the antimicrobial medicines under development were derivatives of known and used antibiotics, making them susceptible to existing cross-resistance.

Many of the compounds they identified selectively killed bacterial cells, including methicillin resistant Staphylococcus aureus (MRSA). However, the discovery was dampened by their inability to show this antibacterial activity in human cells.

“Finding completely new types of antibiotics in these metal-containing compounds offers promise to outwit bacterial resistance, because they likely use different mechanisms which the bacteria have not encountered previously,” Dr Frei explained. “In addition to activity against MRSA, some compounds were active against dangerous Gram-negative pathogens such as Escherichia coli and Acinetobacter baumannii, which have even fewer novel antibiotic treatments.”

The research was conducted through the international Community for Open Antimicrobial Drug Discovery (CO-ADD).

Dr Blaskovich revealed: “We embarked on a quest to tap into the millions of compounds sitting unused on laboratory shelves, discarded because they don’t fit the mould for common drug design. So far, we have received and screened 300,000 compounds, including nearly 1,000 metal-containing compounds, from over 300 academic groups across 47 countries.”

The team hopes their study will prompt new investment into antimicrobial research, which they say many pharmaceutical companies are stopping due to a lack of return on investment.

The paper was published in Chemical Science.