The antibody targets a cell receptor in blood vessels and slowed breast and lung cancer growth as well as metastasis in murine models. 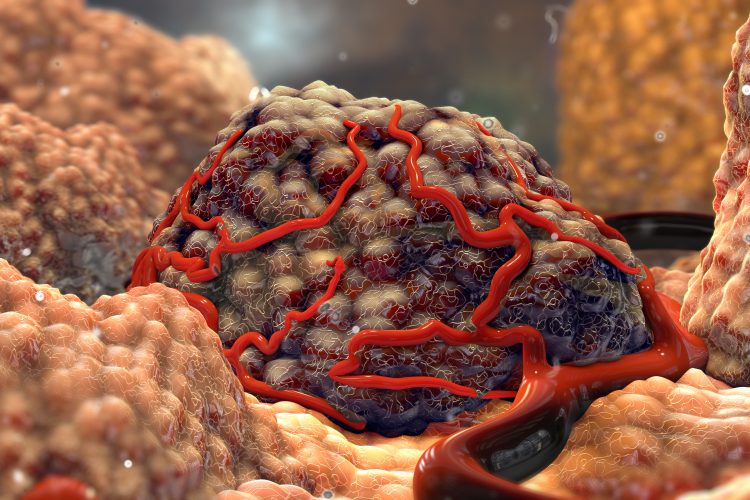 Researchers have identified a receptor in the lining of blood vessels which could be targeted by antibodies to slow down the metastasis and growth of cancer cells. The team also demonstrated that an antibody targeting the Tie1 receptor could prevent the growth of metastases in mice with breast or lung cancer.

Scientists at the German Cancer Research Center in Heidelberg (DKFZ) and the Mannheim Medical Faculty of the University of Heidelberg, both Germany, researched the process of angiogenesis in tumours identified Tie1, a receptor in the endothelial cells which line the lumen of blood vessels as a potential target for cancer therapies.

Angiogenesis is the process by which tumours signal for blood vessels to grow into the cancerous tissue in order to supply the nutrients required for rapid cell growth. In addition to promoting nutrient supply, these vessels also act as a transport system through which cancer cells can metastasise to distant tissues of the body. Drugs suppressing angiogenesis have been in clinical use for more than a decade but have limited efficacy.

Led by Hellmut Augustin, the team identified in previous research that Tie1 is produced in greater quantities during tumour development and angiogenesis. DKFZ researcher Mahak Singhal, lead author of the current study, said: “We do not know the binding partner of Tie1 and therefore cannot yet say in detail how the receptor works.” However, the team have found that as cancer progresses, Tie1 aids in accelerating the growth of both blood vessels and tumours. In addition, Tie1 destabilises the walls of the blood vessels, allowing cancer cells to migrate from the primary tumour and develop metastases. They also showed that if Tie1 is genetically knocked out in mice both tumour growth and metastasis are reduced.

Cancer metastasis can be prevented by stopping lipid storage in mice…

In the current study, the team generated and experimented with a number of anti-Tie1 antibodies, which could potentially constitute a cancer therapy. They identified a promising lead which, when administered to mice with breast or lung tumours, slowed the growth of cancers and resulted in significantly less metastases, compared to the untreated controls. However, the researchers cautioned there was no noticeable effect on angiogenesis.

Augustin concluded that while it cannot prevent angiogenesis, an antibody therapy targeting Tie1 could be used to slow the formation of metastases during cancer therapy. He also emphasised that: “we have only observed the therapeutic potential of the antibody in experimental animals. Many experiments and studies are still needed before it may one day actually be used to treat cancer patients.”

The research was published in EMBO Molecular Medicine.