Scientists used artificial intelligence to identify 17 existing drugs that could kill SARS-CoV-2 in cells, including a dietary supplement. 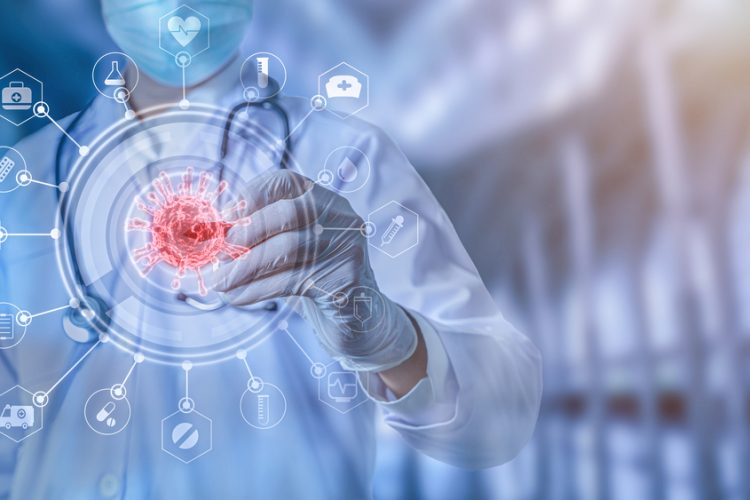 A team at the University of Michigan, US, have used an artificial intelligence (AI)-powered image analysis to identify 17 existing drugs, including one dietary supplement, that can block or reduce SARS-CoV-2 infection in cells.

The study used AI-powered image analysis of human cell lines during infection with SARS-CoV-2. The cells were treated with more than 1,400 individual US Food and Drug Administration (FDA)-approved drugs and compounds, either before or after viral infection and screened, resulting in 17 potential hits. Ten of those hits were newly recognised, with seven identified in previous drug repurposing studies, including remdesivir, which is one of the few FDA-approved therapies for COVID-19 in hospitalised patients.

“Traditionally, the drug development process takes a decade – and we just do not have a decade,” said Jonathan Sexton, one of the senior authors on the paper. “The therapies we discovered are well positioned for Phase II clinical trials because their safety has already been established.”

Using their AI method, the team validated the 17 candidate compounds in several types of cells, including stem-cell derived human lung cells in an effort to mimic SARS-CoV2 infection of the respiratory tract. Nine displayed antiviral activity at reasonable doses, including lactoferrin, a protein available over the counter as a dietary supplement derived from cow’s milk.

“We found lactoferrin had remarkable efficacy for preventing infection, working better than anything else we observed,” Sexton said. He added that early data suggest this efficacy extends even to newer variants of SARS-CoV2, including the Delta variant.

The team is soon launching clinical trials of the compound to examine its ability to reduce viral loads and inflammation in patients with SARS-CoV2 infection.

The trials are adding to the list of ongoing studies of promising repurposed drugs. Sexton noted that other drug repurposing studies have identified different compounds with potential efficacy against SARS-CoV2. “The results seem to be dependent on what cell system is used,” he said. “But there is an emerging consensus around a subset of drugs and those are the ones that have the highest priority for clinical translation. We fully expect that the majority of these will not work in human beings, but we anticipate there are some that will.”

Remarkably, their AI method also identified MEK-inhibitors that appear to worsen SARS-CoV2 infection. “People going in for chemotherapy are at risk already due to a lowered immune response. We need to investigate whether some of these drugs worsen disease progression,” said Sexton.

According to the researchers, the next step is to use electronic health records to see whether patients on these existing drugs have worse COVID-19 outcomes.

The AI-led method was published in PNAS.