Nobel Prize for medicine awarded to temperature and touch discoveries

David Julius and Ardem Patapoutian have won the 2021 Nobel Prize for Physiology or Medicine, with their work being used to develop treatments for conditions such as chronic pain. 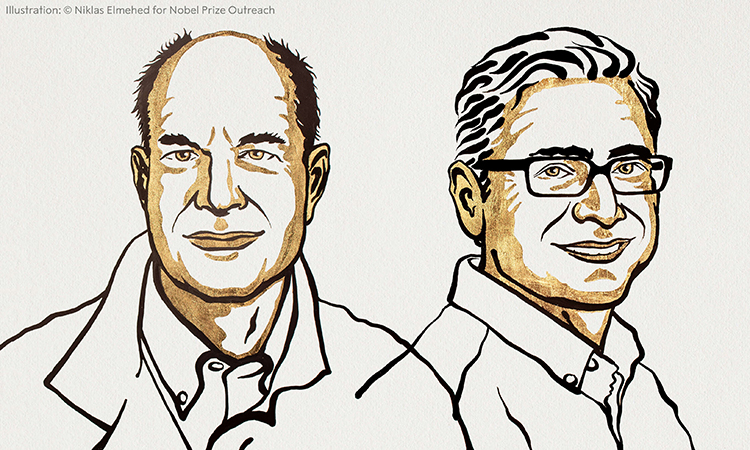 American scientists David Julius and Ardem Patapoutian have won the 2021 Nobel Prize for Physiology or Medicine for their discoveries of receptors for temperature and touch. Their ground-breaking discoveries “have allowed us to understand how heat, cold and mechanical force can initiate the nerve impulses that allow us to perceive and adapt to the world around us,” the Nobel Assembly at the Karolinska Institute explained. According to the prize winners, their discovery is being used to develop treatments for many conditions, including chronic pain.

The more than century-old prize is awarded by the Nobel Assembly of Sweden’s Karolinska Institute and is worth 10 million Swedish crowns, or $1.15 million.

Julius and Patapoutian’s research was conducted at the University of California San Francisco, US, and stemmed from investigating the pain from eating hot chillies. Capsaicin was already known to activate nerve cells causing pain sensations, although how this chemical actually exerted this function was unknown. However, Julius and his co-workers created a library of millions of DNA fragments corresponding to genes that are expressed in the sensory neurons which can react to pain, heat and touch.

The team hypothesised that the library would include a DNA fragment encoding the protein capable of reacting to capsaicin. They expressed individual genes from this collection in cultured cells that normally do not react to capsaicin. After a laborious search, a single gene was identified that was able to make cells capsaicin sensitive. Further experiments later revealed that this encoded a novel ion channel protein and the capsaicin receptor was named TRPV1.

Meanwhile, Patapoutian and his team identified a cell line that gave off a measurable electric signal when individual cells were poked with a micropipette. It was assumed that the receptor activated by mechanical force was an ion channel and in a next step 72 candidate genes encoding possible receptors were identified. These genes were inactivated one by one to discover the gene responsible for mechanosensitivity in the studied cells.

Patapoutian and his colleagues successfully identified a single gene whose silencing rendered the cells insensitive to poking with the micropipette. A new and entirely unknown mechanosensitive ion channel had been discovered and was given the name Piezo1, after the Greek word for pressure. Furthermore, a second gene was discovered and named Piezo2.

The breakthrough led to a series of papers from his and other groups, demonstrating that the Piezo2 ion channel is essential for the sense of touch. Moreover, Piezo2 was shown to play a key role in the critically important sensing of body position and motion or proprioception. In further work, Piezo1 and Piezo2 channels were also shown to regulate additional important physiological processes including blood pressure, respiration and urinary bladder control.

“Intensive ongoing research originating from this year’s Nobel Prize awarded discoveries focuses on elucidating their functions in a variety of physiological processes,” concluded the Nobel Assembly. “This knowledge is being used to develop treatments for a wide range of disease conditions, including chronic pain.”