Researchers demonstrate that inhibiting the LMTK3 kinase is an effective anticancer strategy in murine models of breast cancer. 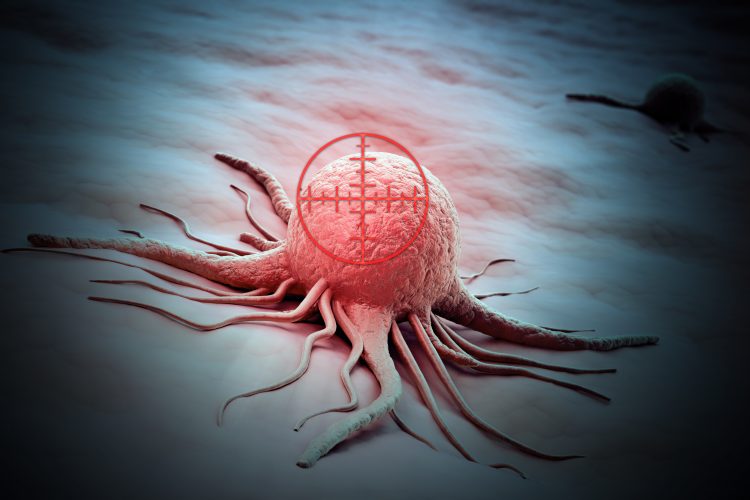 Researchers have solved the structure of Lemur Tyrosine Kinase 3 (LMTK3) and confirmed that it is an oncogenic target. The team are now working to develop LMTK3 inhibitors that could be orally administered for the treatment of various cancer types, including breast, stomach, lung, thyroid and bladder cancers.

In the five-year study, researchers from seven institutions across three countries collaborated to solve the structure of LMTK3 and provide evidence that it could be an effective therapeutic target for breast cancer treatments. The team also developed and demonstrated a novel LMTK3 inhibitor and showed in cells and breast cancer mice models that it could bind and effectively inhibit the kinase, resulting in anticancer effects. They said that further development and optimisation of LMTK3 inhibitors could provide a new type of orally administered anticancer therapy for not only breast cancer patients, but those with stomach, lung, thyroid and bladder tumours also.

According to the team, despite LMTK3 being implicated in the development and progression of various malignancies, it is not typically included in commercial kinase screening assays. They added that their research demonstrates that LMTK3 is an active kinase, driving the progression of cancer and that specific inhibitors could be effective therapies.

Georgios Giamas, Professor of Cancer Cell Signalling at the University of Sussex, who led the research published in Science Advances, commented: “By solving the crystal structure of LMTK3, we have demonstrated that it possesses all of the hallmarks of an active protein kinase. LMTK3 plays a pivotal role in controlling cellular processes and we have previously shown that active LMTK3 makes some cancer treatments (eg, chemotherapy and endocrine therapies) less effective.

“We are now in the process of taking this research to the next stage by developing LMTK3 specific drugs. We hope that in the next five years we will be undertaking clinical trials, which is incredibly quick for this type of process.”

It is expected that the development of oral LMTK3 inhibitors may have the potential for broad clinical utility, either as a monotherapy or as a combinational therapy (eg, with chemotherapy, immunotherapy or endocrine treatments). With the latter, the team suggested that LMTK3 inhibitors may be able to enhance the efficacy of an existing therapy and/or overcome cancer resistance mechanisms.

The researchers concluded that the work is a great example of international science collaboration with several groups coming together to help with a challenging project. They particularly highlighted the importance of the OPPF (Oxford Protein Production Facility) and the UK’s synchrotron, Diamond Light Source which worked with the groups to produce their protein of interest and help solve its crystal structure.

Long non-coding RNAs could be future targets for cancer drugs…