Researchers have used cryo-EM to show that a new nanobody cocktail can bind to the S protein of SARS-CoV-2, neutralising the coronavirus. 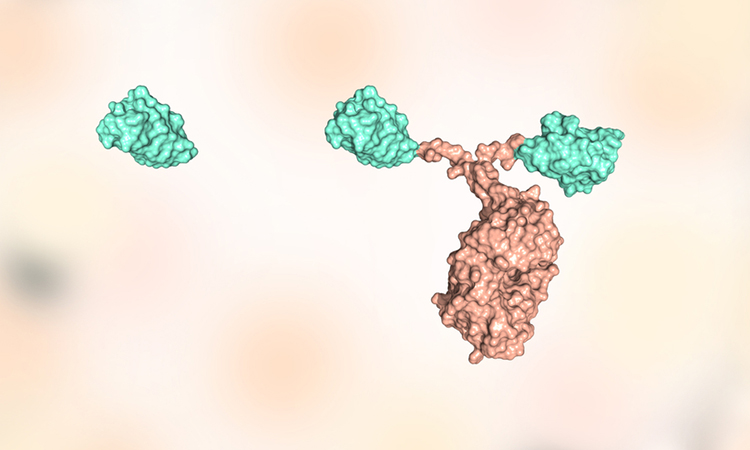 Researchers have identified neutralising nanobodies that block the SARS-CoV-2 virus from entering cells in pre-clinical models. The study was led by scientists at the Walter and Eliza Hall Institute, Australia.

According to the team, the discovery paves the way for further investigations into nanobody-based treatments for COVID-19. The researchers explain that nanobodies are unique antibodies – tiny immune proteins – produced naturally by alpacas in response to infection.

As part of the research, a group of alpacas were immunised with a synthetic, non-infectious part of the SARS-CoV-2 Spike (S) protein to enable them to generate nanobodies against the virus.

The team used the facilities at Australia’s Nuclear Science and Technology Organisation’s (ANSTO) Synchrotron and the Monash Ramaciotti Centre for Cryo-Electron Microscopy. This allowed the researchers to map how the nanobodies bound to the S protein and how this impacted the virus’ ability to bind to its human receptor.

“We were able to directly image and map the neutralising interaction of the nanobodies with the S protein using cryo-EM at near atomic resolution,” said Hariprasad Venugopal, Senior Microscopist from Monash. “Cryo-EM has been an important drug discovery tool in the global response to the COVID-19 pandemic.”

By mapping the nanobodies, the team was able to identify a nanobody that recognised the SARS-CoV-2 virus, including emerging global variants of concern. The nanobody was also effective against the original Severe Acute Respiratory Syndrome (SARS) virus (SARS-CoV), indicating it may provide cross-protection against these two globally significant human coronaviruses.

“In the wake of COVID-19, there is a lot of discussion about pandemic preparedness. Nanobodies that are able to bind to other human beta-coronaviruses – including SARS-CoV-2, SARS-CoV and Middle East Respiratory Syndrome (MERS) – could prove effective against future coronaviruses as well,” Tham said.