MIT researchers have shown that a combination of three drugs can eliminate pancreatic tumours in mice, possibly leading to new therapies. 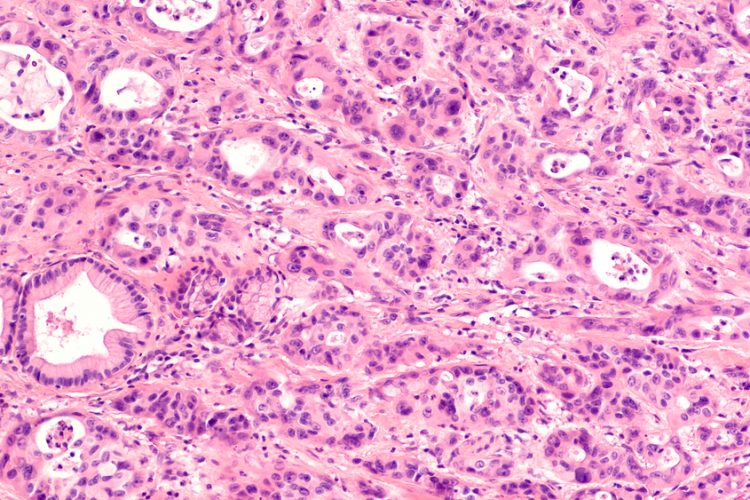 Researchers at the Massachusetts Institute of Technology (MIT), US, have developed an immunotherapy strategy that can eliminate pancreatic tumours in mice. The therapy, which is a combination of three drugs, is expected to enter clinical trials later this year.

One class of immunotherapy drug targets the interactions between PD-L1, a protein that turns of T cells and PD-1, the T cell protein that PD-L1 binds to. Drugs that block PD-L1 or PD-1, also known as checkpoint inhibitors, have been approved to treat cancers such as melanoma, but they have very little effect on pancreatic tumours.

“The CD155/TIGIT axis functions in a very similar way to the more established PD-L1/PD-1 axis. TIGIT is expressed on T cells and serves as a brake to those T cells,” said researcher William Freed-Pastor. “When a TIGIT-positive T cell encounters any cell expressing high levels of CD155, it can essentially shut that T cell down.”

The team investigated if they could rejuvenate exhausted T cells and stimulate them to attack pancreatic tumour cells. They tested different combinations of experimental drugs that inhibit PD-1 and TIGIT, along with a CD40 agonist antibody. In mice, the MIT team found that drugs against PD-1 had little effect on their own. They also found that a CD40 agonist antibody combined with either a PD-1 inhibitor or a TIGIT inhibitor was able to halt tumour growth in some animals but did not substantially shrink tumours.

However, when they combined CD40 agonist antibodies with both a PD-1 inhibitor and a TIGIT inhibitor, pancreatic tumours shrank in about half of the animals given this treatment. In 25 percent of the mice, the tumours disappeared completely. Furthermore, the tumours did not regrow after the treatment was stopped.

The team sought out two pharmaceutical companies who between them have a PD-1 inhibitor, TIGIT inhibitor and CD40 agonist antibody in development. These drugs are currently at Phase II clinical trials. A clinical trial on the triple combination is expected to begin later this year. The team also plans to analyse which types of pancreatic tumours may respond best to this drug combination and they are conducting further animal studies to see if they can boost the treatment’s effectiveness beyond the 50 percent seen in this study.