Scientists in the US have applied a novel technique to finally unravel a particular kinase enzyme that is associated with familial Parkinson’s disease; providing a clearer potential therapeutic target. 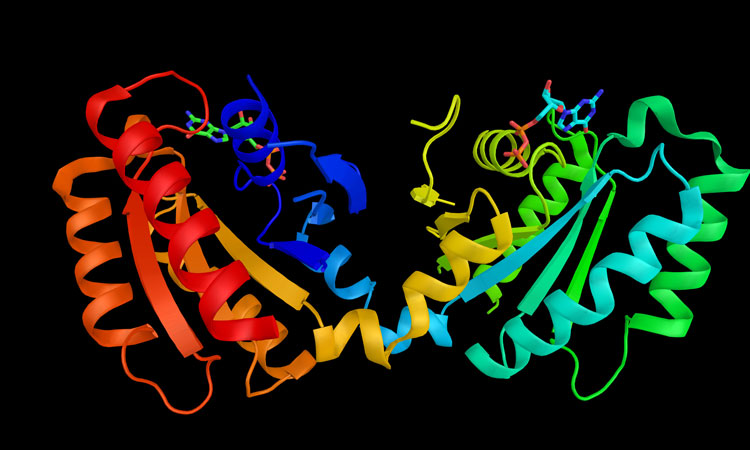 As the second most common neurodegenerative disease worldwide, Parkinson’s disease is a major focus of drug discovery efforts, yet both its cause and effective treatment options remain elusive. What is known, however, is that mutations in leucine-rich repeat kinase 2 (LRRK2) is considered to be the main contributor to familial Parkinson’s – ie, Parkinson’s with a family history of the disease. This form accounts for approximately 10 percent of all Parkinson’s cases.

LRRK2 mutations cause the protein to be hyperactivated, but previous attempts to understand its precise role in the disease have been hampered by the protein’s complicated structure.

Traditionally, in order for scientists to investigate a protein, they will first isolate it outside of its cell, but due to the unique structure, size and characteristics of the protein – a kind of kinase enzyme – attempts have hitherto been unsuccessful. However, researchers at the University of California, San Diego have successfully used a new technique to reveal the structure of pathogenic LRRK2 in action.

Reika Watanabe, Robert Buschauer, Jan Böhning and Martina Audagnotto in the laboratory led by Elizabeth Villa combined light microscopy, to locate LRRK2 inside cells, with cryo-electron tomography to obtain a high-resolution integrative model of the protein. Not only was this technique able to gain insight into its structure, but it could view its behaviour in its own environment within the cell.

LRRK2 was known to form filamentous structures around microtubules, which are important for cells’ shapes and the transport of materials, and LRRK2 mutations associated with Parkinson’s enhance these filaments.

(the team) combined light microscopy, to locate LRRK2 inside cells, with cryo-electron tomography to obtain a high-resolution integrative model of the protein

However, LRRK2 doesn’t just stick to microtubules; Watanabe and colleagues found pathogenic LRRK2 wrapping around them in exquisitely-organised double-helices. “We didn’t expect it to form such a regular decoration around microtubules,” said Watanabe. LRRK2 also interacted with microtubules with its active domain facing outward, which may indicate that this organisation is important for its activation.

The team anticipates that the protein’s structure will be a launching point for more research understanding the fundamental causes of Parkinson’s, paving the way for scientists to “learn about LRRK2’s functional regulation,” said Watanabe. Given that non-familial Parkinson’s cases have also been associated with hyperactivated LRRK2, she is hopeful that “with this structure in hand, pharmaceutical companies can design a drug that can inhibit LRRK2 activity,” which could provide a widely-applicable cure for Parkinson’s disease.

The findings were published in bioRxiv.