Scientists have developed a drug-like molecule to target amyloid-beta, a disordered protein implicated in Alzheimer’s disease that has been considered undruggable. 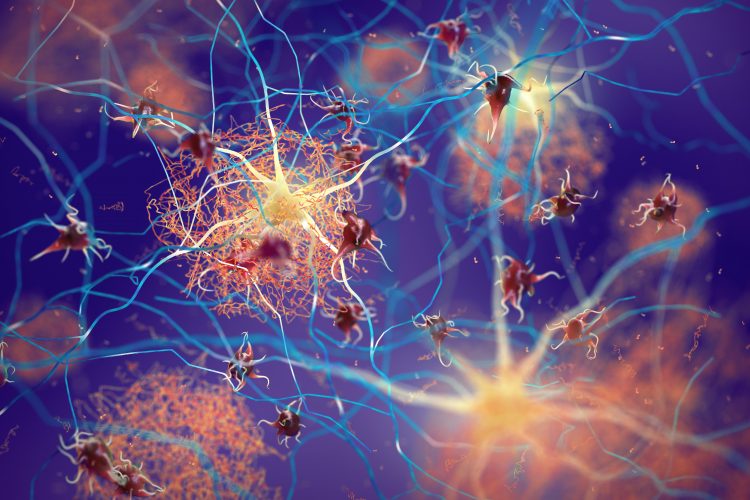 Researchers have developed small molecule drugs able to target disordered proteins, which have long been considered ‘undruggable’. In their study, the team designed a drug-like molecule to target amyloid beta (Aβ) monomers, the shape-shifting building blocks that go on to form aggregated plaques driving neurodegeneration in Alzheimer’s disease (AD).

Led by the University of Cambridge, UK, researchers from the UK’s Imperial College London, France’s Institut Pasteur and the University of Florence, Italy, found that it is possible for a drug-like molecule to target Aβ monomers in its disordered state, reducing their ability to form the toxic aggregates which are a hallmark of AD. According to the team, their research could form the basis of a new avenue for the development of potential treatments for the disease.

“Amyloid-beta is a disordered protein, a type of target that is elusive for standard therapeutic approaches,” said leader of the research, Professor Michele Vendruscolo from Cambridge’s Centre for Misfolding Diseases. “It is constantly changing shape, so traditional drug discovery techniques do not work on it. By revealing a new drug-binding mechanism, we have extended traditional drug discovery approaches based on the optimisation of the binding affinity to include disordered proteins.”

The researcher explained that traditional drug development relies on a lock-and-key mechanism; where, a stable protein acts as a lock and a specifically designed drug fits into the protein’s groves like a key. However, when a protein is disordered like Aβ, the shape of the lock changes and therefore it is difficult to develop drugs to bind to it. This is why they are considered undruggable.

The researchers characterised this new mechanism using a combination of biophysical experiments, mathematical modelling, in vivo experiments and computation.

The team also used high-performance computing methods to study the binding interaction at the atomic level. Further tests were then carried out in nematode worms, a model organism often used to study AD.

“In contrast to the traditional lock-and-key binding mechanism, in which a drug tightly interacts with its target in a specific conformation, we found that both the small molecule and the disordered protein remained extremely dynamic, and that the small molecule interacted with many parts of the protein,” said Gabriella Heller, Schmidt Science Fellow and the study’s first author.

“This way of stabilising native states of proteins is a powerful drug discovery strategy, which has so far been extremely challenging for disordered proteins,” said Vendruscolo.

The team said that despite their research being a long way off translation into clinic, it demonstrates that targeting the formation of senile plaques by preventing the aggregation of Aβ is a major therapeutic strategy for AD.